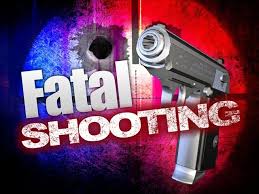 OAKLAND — A man apparently trying to rob a legal indoor marijuana grow at a Chinatown duplex was shot to death by an occupant early Monday, police said.

The shooting happened about 4:40 a.m. in the 300 block of Seventh Street, just two blocks from Oakland Police Department’s headquarters on the edge of the city’s Chinatown. There were more than 100 plants in the duplex, police said.

Police said three men somehow got into the downstairs unit where marijuana was being grown and came upon a chocolate Labrador retriever owned by the caretaker. The suspects shot and killed the dog, and then the caretaker turned his own gun on one of the suspects and fatally shot him. Police said he was a 24-year-old San Francisco man, but his name has not been released, police said. The two other suspects ran away and are still at large, police said.

The death was Oakland’s 68th homicide of the year.

The caretaker was being questioned by investigators Monday night. His name was not released.

Police also recovered three handguns at the Seventh Street location and were trying to determine who owns the guns.

Police said the duplex was a legal marijuana growing operation under city ordinances. Legal medical marijuana grow houses are allowed to have three pounds of dried marijuana, 72 indoor plants and 20 outdoor plants on site unless otherwise specified by a doctor.

The city’s Chinatown district has been the site of other crimes in thepast few years. In February 2010, an Oakland fire marshal doing a routine check at Popular Printing at 1025 Harrison St. in Chinatown discovered 200 to 400 marijuana plants worth up to $150,000, police said. Police made at least one arrest in that case.