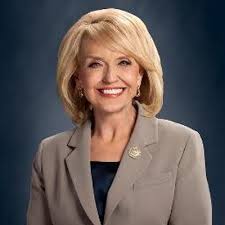 The lawyers signed onto a three-page July 24 letter authored by Yavapai County Attorney Sheila Polk, who requests that the governor prevent the state’s issuance of licenses for medical-marijuana dispensaries because the state program is pre-empted by the federal Controlled Substances Act.

The latest round of correspondence over the controversial program comes as the state Department of Health Services prepares for an Aug. 7 lottery to select 99 out of 486 applicants to run medical-marijuana dispensaries throughout the state.

Under Arizona’s law, there is no limit to the amount of marijuana a dispensary can grow. Patients can obtain up to 21/2 ounces of medical pot every two weeks.

About 29,500 people have permission to smoke, eat or otherwise ingest medical marijuana to ease their ailments.

The overwhelming majority of medical-marijuana users reported chronic pain as their medical condition; other ailments include muscle spasms, hepatitis C, cancer and seizures.

State health officials declined to comment on Polk’s letter, which underscores their longtime concerns about the program.

In the past, state health officials have expressed concern they could be federally prosecuted for implementing the law.

In her letter, Polk pointed out that the federal government is seizing and closing medical-marijuana dispensaries in other states under the Controlled Substances Act.

Earlier this month, for example, Melinda Haag, the U.S. attorney for the Northern District of California, moved to shut down two locations of a dispensary with more than 100,000 medical-marijuana patients.

Polk wrote that she has been told Arizona’s newly appointed U.S. Attorney John Leonardo “fully intends to prevent any dispensaries from operating in Arizona by seizing each and every one as it opens and commits violations” of the federal act.

“We believe it is bad public policy for one arm of the government to facilitate marijuana cultivation and use while another arm of the government is moving to close it down,” wrote Polk. She added it is bad policy for the state to take steps to license a dispensary and require individuals to pay thousands for fees and obtain permits from local governments, “knowing full well that these business ventures will result in significant financial repercussions when the U.S. attorney shuts them down.”

He said the agency’s position has not changed since February, when then-Acting U.S. Attorney Ann Scheel told Brewer the agency would follow Department of Justice policy on the issue and would focus efforts on significant drug traffickers, not people who use marijuana as treatment.

“Specifically, the Department of Justice is focusing its limited resources on significant drug traffickers, not seriously ill individuals and their caregivers who are in compliance with applicable state medical-marijuana statutes,” Solomon wrote in a statement.

Brewer responded to the county attorneys Thursday, saying she understands — and shares — their concerns. While she remains “deeply concerned about potential abuses of the law,” the conflicts between federal and state laws, and the risk of federal prosecution of state employees, she is bound to implement the program because voters approved it.

Brewer also maintains that while the Department of Justice has prosecuted a number of medical-marijuana operations in California and elsewhere, “the federal government’s position remains unclear” regarding Arizona’s program and state workers’ participation in the law.

Brewer wrote that a federal court dismissed a state lawsuit on procedural grounds seeking to clarify the conflict between the state program and federal law.

She pointed out that Maricopa County Superior Court Judge Richard Gama in January, meanwhile, ordered the state to implement the lawful provisions of the medical-marijuana program.

Polk told The Republic she appreciated Brewer’s “thoughtful response.” However, she said, she disagrees with her regarding the interpretation of the Gama ruling.

Polk pointed out that the legal quandary put before Gama was not the issue of pre-emption, but whether state health officials exceeded the scope of their authority in expanding rules regarding dispensaries.

Halting the dispensary process would force a lawsuit that would require a court to consider the pre-emption argument, Polk said, and whether state employees are subject to criminal prosecution for facilitating violations of the federal law by implementing the medical-marijuana program.

She said all 17 states that have medical-marijuana laws are grappling with how to reconcile state and federal laws: “Every single program has had complications and glitches, and in two or three states the governors have refused to go forward because of the issues I’m raising.”

Greenlee County Attorney Derek Rapier told The Republic he signed onto Polk’s letter based on the pre-emption argument.

“Everyone agrees the feds’ primary target will be the dispensaries themselves, but I cannot, in good conscience, tell my clients, which in this case are county employees, to violate laws,” he said, referring to zoning officials who may be asked to permit dispensaries. “I just can’t do it.”