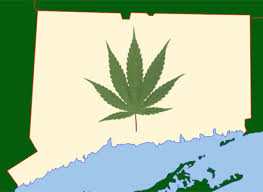 HARTFORD, Conn.—Arrests for possessing marijuana dropped immediately after lawmakers decreased the penalty for getting caught with less than half an ounce to a ticketing offense.

But it’s less clear whether the change has spared the time and resources of police, prosecutors, and courtrooms — as proponents had predicted.

“This change, to be perfectly candid, it’s a modest effect on our court dockets,” Judge Robert Devlin said recently. Devlin is the chief administrative judge for criminal matters.

That change comes after the General Assembly made it an $150 infraction to possess up to a half-ounce of marijuana. The law went into effect July 2011.

Before, it was a criminal misdemeanor to possess any amount. The lowest charge was possession of less than 4 ounces of marijuana, which carried a fine of up to $1,000 or a year in prison for the first offense.

These are the most recent figures from the Judicial Department:

— There were 4,928 charges of possession of less than 4 ounces of marijuana from July 1 to Nov. 30, 2010, according to figures provided by the courts.

— 1,965 tickets were issued for possession of less than a half ounce of marijuana during that period in 2011.

The figures show a decrease in the total number of marijuana citations, whether ticket or arrest. But they don’t indicate whether decriminalization led to a significant decrease in court activity. That’s because many people charged with marijuana possession also face other charges.

When legislators debated the bill in the spring of 2011, supporters contended too much time and money were spent by police and the courts pursuing criminal cases against people found with small amounts of marijuana.

Opponents countered that any savings from the change would be minimal.

Judge Devlin said that when it comes to the numbers, both sides have a point.

Police often will make an arrest for one thing and then find drugs, Devlin said. “On the other hand, there are cases where it’s strictly a marijuana charge. It happens both ways.”

Michael P. Lawlor, the undersecretary of the Office of Policy and Management for criminal justice policy, pushed for the legislation on behalf of Gov. Dannel P. Malloy. Lawlor’s main argument was that it would free up time for police, courts, and the probation system.

The change had the greatest effect on the probation system, he said Monday. That’s because after defendants entered a diversionary program they were put on probation, Lawlor said.

He also said the change was aimed at setting priorities for police and prosecutors.

“The message we’re trying to send to the entire law enforcement community is we want you to focus on violent crime and serious crime,” he said. “There’s a lot of stuff that comes through the court system that by anyone’s definition is not necessary.”

But opponents question whether the lowered penalty made a significant change.

Chief State’s Attorney Kevin T. Kane was among the bill’s most outspoken opponents. He said he doubted the change would save time for prosecutors.

And, after talking to several prosecutors recently, they agree it hasn’t, Kane said.

“They have not noticed any significant decrease in their workload,” he said. “A lot of the cases, the people who are charged have other charges too.”

Kane also questioned whether people who got a ticket for having marijuana would go to court to challenge it — some have, and asked that they be put into the diversionary program rather than have the infraction on their records, he said.

And Kane questioned whether it’s appropriate policy to simply issue a ticket. Lawmakers usually support the educational programs as a way to prevent people from reoffending, especially when it comes to issues of substance abuse.

The Police Chiefs Association also was skeptical. South Windsor Police Chief Matthew Reed is co-chairman of the group’s legislative committee and said police rarely charge someone only with marijuana possession.

“We don’t just see somebody standing on the corner smoking some marijuana,” he said. “It’s always part of another case.”

He also wondered about the effect on teenagers. “When you say something is a criminal offense it sends a strong message,” he said. “Once you start to eat away at that classification, it’s somewhat a tacit approval of its use.”

Sen. John A. Kissel, R-Enfield, opposed the bill when it came before the Democrat-controlled legislature. But as the top Republican on the legislature’s Judiciary Committee, he inserted one change: That those under 21 ticketed for possession have their driver’s licenses suspended for 60 days.

Kissel also said that whenever crime statistics are in play, it should be noted that crime overall is down in the state. 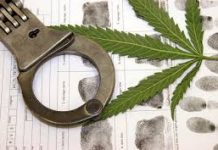 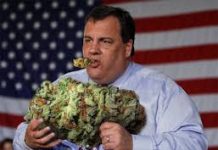