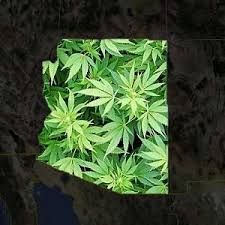 As director of the Arizona Department of Health Services, Will Humble is the man working behind the scenes to run Arizona’s fledgling medical-marijuana program.

Over the past several months, Humble has been weighing whether to expand the program to allow legal use of the drug by those who have post-traumatic stress disorder, anxiety, depression or migraines. He’s heard from patients, their families and physicians who said the drug helps manage pain at public hearings. He’s listened to opponents who say the drug leads to dangerous situations in the home and on the road. He’s read new University of Arizona studies that concluded there is simply not enough evidence to prove whether marijuana is medically effective. And back in college, he even tested the drug himself.

The state’s program already permits medical marijuana use for conditions such as chronic pain, cancer and hepatitis C. As of late June, about 30,000 people participated in the state’s program, which in certain instances, allows them to grow marijuana.

Arizona is one of 17 states nationally that allows medical marijuana. It would become the only one in the nation to allow medical marijuana for anxiety and depression if those options were approved.

In a Thursday interview with The Arizona Republic, Humble shed light on his long-awaited decision, which can be appealed.

Question: Will you put post-traumatic stress disorder on the list of qualifying conditions for medical marijuana? Why or why not?

Answer: No. There’s just not the scientific evidence out there yet to support permanently adding any of the conditions to the qualified list, at least right now. I recognize there’s a real shortage of studies and data that’s out there. You base your policy decisions on science and research, and not ideology or a predetermined political point of view.

Q: You have drawn criticism from some veterans and their advocates who accuse of you of being unsympathetic to their stories of how pot has changed their lives. How do you respond to that?

A: All I can say is, from the bottom of my heart, I’m not unsympathetic. The stories that the veterans told when we had our hearing were compelling. But the bottom line is, the science isn’t there yet. And maybe someday there will be additional research — and there’s some research that’s … at least being proposed right now.

Q: Will you put depression on the list of qualifying conditions for medical marijuana? Why or why not?

A: No. Same thing for depression. Depression is sort of in the category where there is very good treatment these days for depression — very effective medications that have been through rigorous clinical trials.

Q: Will you put anxiety on the list of qualifying conditions for medical marijuana? Why or why not?

A: No. Anxiety was probably the one that had the least amount of research.

Q: Will you put migraines on the list of qualifying conditions for medical marijuana? Why or why not?

A: No. On migraines, there were almost no studies out there. Migraines is probably already on the list if it causes severe and chronic pain, which it does in a lot of patients. Migraine headaches are, by their definition, severe. The question is, at what point does a clinician think they’re chronic as well? A typical clinical presentation could easily qualify a patient for a card if a clinician really thought that was the best or appropriate treatment.

Q: You have asked for scientific evidence that marijuana is medically effective. Some physicians have said that request is unreasonable because of restrictions by some agencies on testing the efficacy of marijuana. What is your response?

A: I’ll concede that the clinical-trial type of research is controlled by NIDA (National Institute on Drug Abuse) and they are pretty strict when it comes to clinical trials, when it comes to the use of testing medical marijuana. But there are all kinds of studies that can be conducted that don’t need NIDA approval. The barriers that exist are really around those clinical types of studies. I’ve never said … that I would have to have a clinical-trial type of design in order to convince me something should be added to the list. Observational studies that are not under the control of NIDA can be very powerful if they’re designed properly and eliminate … things that would confuse the results. The challenge is getting it funded. The typical federal funding sources like National Institutes of Health and NIDA aren’t jumping all over this to fund it. There are challenges, but I disagree with people that research can’t be done.

Q: You’ve heard hundreds of personal stories from people attesting marijuana has helped them manage pain and stop taking prescription pills. Do you believe them?

A: I believe that the folks — especially the folks that came to the hearing –were very sincere in what it’s done for them. And a lot of the testimony was moving. But this decision is one that I need to stay true to the principals of public health with. Using scientific literature and research to inform these kinds of policy decisions is just the bread and butter of everything we do in public health and medicine. I can’t make that leap to make decisions based on individual testimony — that’s just something I can’t do professionally, but I am very sympathetic and I do believe the testimony the folks had at the hearing.

Q: Has Gov. Jan Brewer, who has opposed medical marijuana, influenced your decision?

Q: How is the program working overall in Arizona?

A: I honestly believe we have a model program … We set up the regulations, especially regarding the dispensaries and the issuance of the cards that give, I think, the best medical character in the country. Our regulations, I think, are the best in the country at trying to keep this a medical program. Part of the commitment to keeping it a medical program means … making sure we’re using scientific principals to guide our way. You can see that in the decisions to not approve these petitions.

Q: Do you believe people are taking advantage of any particular diagnoses to participate in the program?

A: Are there recreational users that have accessed the system for the legal protections that it provides? Of course. But I think those folks are in the minority, in just looking at the demographics of our card users — the ages, the types of chronic medical conditions … the vast majority are legitimately accessing the system.

Q: Have you ever tried pot either recreationally or medically?

A: Yes. Recreationally. When I was in college at NAU (Northern Arizona University). But I didn’t particularly like it.

Q: Did you inhale?