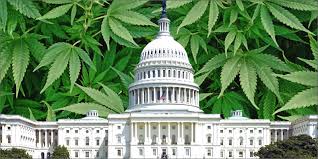 The money will allow the state campaign to legalize pot to launch a TV-advertising blitz in August.

An initiative to legalize and tax marijuana was buoyed this weekend by $1.25 million in new donations, allowing the campaign to place a big TV ad buy for August.

Initiative 502, the first marijuana-legalization initiative to make the state ballot, raised the money from just four donors, including $450,000 donations from Progressive Insurance founder Peter Lewis and an arm of the New York-based Drug Policy Alliance.

The donations will pay for a $1 million TV-ad blitz in August, before other campaigns saturate the airwaves, said I-502 campaign manager Alison Holcomb.

I-502, on the November ballot, would legalize possession and sale of up to 1 ounce of marijuana. It would impose a steep excise tax on marijuana and cannabis-infused products at new state-licensed marijuana stores, and would allow state-regulated grow farms.

The tax-and-regulate approach to marijuana legalization has drawn strong support from such longtime drug-reform advocates as Lewis, of Ohio. Before the weekend’s contributions, I-502 had raised $1.7 million.

A new statewide poll, paid for by KING 5, finds 55 percent support for I-502 versus 32 percent opposition.

“People are getting more comfortable when they take a closer look,” she said.

Holcomb said the new contributions, which will be officially reported by the campaign early next week, included $250,000 from Edmonds travel guru Rick Steves, who previously donated $100,000; and $100,000 from the ACLU of Washington.

The campaign has racked up blue-chip endorsers, including former federal prosecutors, judges and drug-abuse experts, as well as the state labor council.

The Washington Association of Sheriffs and Police Chiefs opposes the initiative. So do several prominent marijuana-legalization advocates and some in the medical-marijuana industry, who object to a proposed new limit on active THC in the bloodstream, arguing it would effectively criminalize driving by medical-marijuana patients.

Philip Dawdy, who previously ran a campaign to decriminalize marijuana, said he was helping organize opposition to I-502. A new group, Safe Access Alliance, would file with state campaign regulators this week, and will be fundraising soon, he said.

The excise taxes imposed by I-502 would dramatically increase costs on patients, said Dawdy.

“I-502 made a serious miscalculation,” said Dawdy. “They calculated that getting the votes of soccer moms were more important than medical-marijuana patients.”