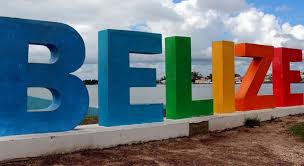 The government of Belize is studying the possible decriminalization of the possession of small amounts of marijuana in a bid to unclog its courts and jails. In a Monday press release, the government said it had appointed a committee headed by a former national police chief to review the issue.

The English-speaking Central American nation becomes the latest in the region attempting to find new, more effective ways of dealing with drug use and drug trafficking. Earlier this year, Guatemalan President Otto Perez Molina spearheaded legalization discussions at the Summit of the America, a process that will continue next month.

More recently, Uruguayan President Jose Mujica floated a proposal for a state monopoly on marijuana sales there. And Mexico’s presumptive president-elect, Enrique Peña Nieto, has said he is open too legalization discussions.

So far the US has held firm to its prohibitionist line, but the trickle of dissent over drug policy is threatening to turn into a torrent.

The initiative “is driven by increasing evidence that the current legislation clutters the courts and the prisons with primarily a marginalized segment of our population. The added impact of a permanent criminal record further disadvantages this already marginalized group as it establishes a barrier against meaningful employment (…) This is further supported by international trends toward decriminalization,” said the press release from Prime Minister Dean Barrow.

Given its increasing problems with violence and criminality generated by drug trafficking networks that use Belize as a springboard for cocaine exports to the US and Canada, the country’s police and criminal justice system could benefit from not having to use its scarce resources dealing with small-time marijuana smokers in a place where the habit is common.

“It is encouraging to see Belize’s government join the growing number of countries calling for alternatives to the criminalization of people who use drugs,” said Ethan Nadelmann, executive director of the Drug Policy Alliance. “This is a modest proposal, consistent with decriminalization legislation in many US states, as well as in Latin American and European countries. In a country beleaguered by drug-related crime, decriminalizing marijuana users will free up law enforcement and court resources to tackle the gang violence instead of focusing on imprisoning low-level drug offenders.

“This proposal is also notable because Belizean law enforcement officials and agencies are the ones pushing it forward,” Nadelmann noted. “It is good to see a government acknowledging the harms of marijuana criminalization, which most negatively affects society’s marginalized communities. Hopefully, this initiative will represent a first step in the Belizean government playing a more active role in regional and international discussions on drug policy reform.

“Decriminalizing drug possession appears to have little impact on levels of illicit drug use,” Nadelmann pointed out. “Its principal impacts are reducing arrests of drug users, especially those who are young and/or members of minority groups; reducing opportunities for low level police corruption; allowing police to focus on more serious crimes; reducing criminal justice system costs; and better enabling individuals, families, communities and local governments to deal with addiction as a health rather than criminal issue.

The study committee called for public comment on the proposal to take place this week. Friday was the last day to provide comment to the committee.