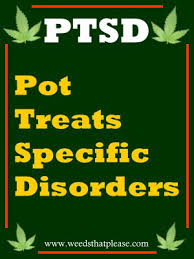 WASHINGTON – An effort to persuade the Obama administration to legalize marijuana for sufferers of post-traumatic stress was met with rejection from the White House.

Responding to a petition signed by 8,258 people on the White House website, Director of the Office of National Drug Control Policy Gil Kerlikowske wrote last month that marijuana is not a “benign drug” and does not meet standards of safe or effective medicine.

“When the President took office, he directed all his policymakers to develop policies on science and research, not ideology or politics,” Kerlikowske wrote.

The White House usually requires 25,000 signatures before it will respond to such petitions.

Krawitz said he launched the drive partially out of concern that veterans sometimes risk losing their Veterans Affairs Department medical coverage if they are found to smoke pot.

“For many, cannabis not only treats PTSD, it’s a lifesaver,” Krawitz told Military Times in October.

Seventeen states and the District of Columbia allow doctors to prescribe marijuana for medicinal purposes, but it remains illegal under federal law.

The Obama administration has held steadfast in enforcing federal laws applicable to medical marijuana production, sales and distribution. Kerlikowske said the administration maintains that marijuana use is associated with cognitive impairment, respiratory illnesses and addiction.

He added that the administration supports research on the phytochemicals in marijuana that might have medicinal value.