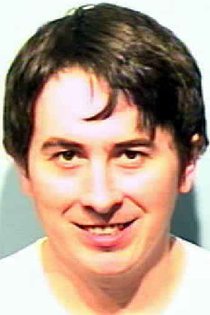 17-year-old Tyler Pagenstecher of Mason, Ohio, has been charged with two felony counts of trafficking in drugs for his alleged role as leader of a multi-million dollar marijuana ring.

According to Warren County authorities, Pagenstecher sold as much as $20,000 worth of marijuana each month to local students. He is accused of being the kingpin of an organization that employed at least six current and former Mason High School students.

The Warren County Drug Task Force raided the teen’s bedroom following a year-long investigation, uncovering over $6,000 in cash. The same investigation also netted other “high-profile targets” reportedly responsible for a grow operation that yielded high-grade hydroponic marijuana which was then sold to students at $350-$400 an ounce. All told, law enforcement officers seized some 600 marijuana plants with a combined street value of $3 million.

“The group supplied an overwhelming amount of marijuana in the Mason and King school districts,” said Fornshell.

Because Pagenstecher was 16 at the time of the alleged crimes, he will not be tried as an adult. He faces a possible sentence of up to three years in a state juvenile detention center.

The Injustice of Marijuana Arrests