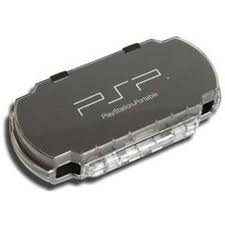 Cops sell PSP with cannabis in its case

The Sony PSP, complete with the drug, fetched £21.50 on an online auction site.

The carry case had been handed in as lost property. Warehouse manager Daniel Ford, 33, placed the winning bid and later received the console in the post — with the cannabis.

He said: “It was strange that the police didn’t open up the compartments of the carry case and look inside.

“I found a pair of headphones and the cannabis, which smelled strongly.”

Daniel, of Monmouth, South Wales, bought the white PSP on Bumblebee Auctions. The eBay-style website is used by police forces to sell property seized from criminals or for which no rightful owner can be found.

In the item’s description, Nottinghamshire Police wrote: “Sony PSP with case. Not tested. Average condition.” It was being held at Mansfield Police Station and bidding started at £1.

A police spokeswoman said last night: “We are glad this has been highlighted to us. We will speaking to officers and staff members who dealt with the item.”