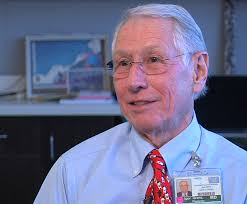 SAN DIEGO — Dr. Igor Grant, director of the Center for Medicinal Cannabis Research (CMCR), and two other investigators published a study in the most recent issue of The Open Neurology Journal, which concluded that the Schedule I classification of marijuana is “not tenable.” The study further concluded that, “it is not accurate that cannabis has no medical value, or that information on safety is lacking.” The study urges additional research, but states that marijuana’s federal classification and its political controversy are “obstacles to medical progress in this area.” The federal classification of marijuana is based on the government’s position that it has “no currently accepted medical use in treatment in the United States.”

CMCR, based at the University of California San Diego, has overseen some of the most extensive research on the therapeutic effects of medical marijuana in the U.S. The research center pointed out that, “Control of nausea and vomiting and the promotion of weight gain in chronic inanition are already licensed uses of oral THC (dronabinol capsules),” and that recent research indicates “cannabis may also be effective in the treatment of painful peripheral neuropathy and muscle spasticity from conditions such as multiple sclerosis.” The CMCR was established by the California legislature in 1999 and initially funded with a $1 million grant.

“Patient advocates applaud these findings from the country’s top medical marijuana researchers,” said Steph Sherer, Executive Director of Americans for Safe Access (ASA), the leading medical marijuana advocacy group in the U.S. “With the backing of such strongly worded recommendations, patients remain hopeful that the federal government will recognize the science and reclassify marijuana.” However, discontent with simply waiting, ASA and other advocates filed a lawsuit earlier this year that is currently pending before the D.C. Circuit. The suit challenges a July 2011 denial by the Drug Enforcement Administration (DEA) of a 9-year-old petition to reschedule marijuana. That appeal will likely be heard by the D.C Circuit sometime this fall.

Over the past decade, the CMCR has completed 13 studies on medical marijuana, making it the foremost research center in the country. Unlike other marijuana studies, which all require the approval of the National Institute on Drug Abuse (NIDA), the CMCR conducts research on smoked and vaporized marijuana in particular. Through its research, the CMCR has found that smoked and vaporized medical marijuana can be beneficial to people living with cancer and HIV, as well as chronic pain due to a variety of health conditions. These studies have been peer-reviewed and published, but the federal government continues to ignore their findings.

Although the recent Open Neurology study admits that cannabis has “some abuse potential,” the study also says its profile “more closely resembles drugs in Schedule III (where codeine and dronabinol are listed).” The study goes on to say that any adverse effects are generally “dose-related,” are of “mild to moderate severity,” and “appear to decline over time.” Unlike other pharmaceutical medication, no reports of fatal overdoses from medical marijuana have been reported, researchers said. Ironically, the study comes only two weeks after DEA Administrator Michele Leonhart testified before a House oversight hearing and argued that there was no difference between harm from marijuana and harm from other Schedule I substances like heroin and methamphetamine.

In addition to the lawsuit against the Obama Administration challenging the classification of marijuana, there is a bill pending in Congress, HR 1983, which also calls for rescheduling. Frustrated by the federal government’s position, the governors of four states (Colorado, Rhode Island, Vermont, and Washington) similarly petitioned the Obama Administration in late 2011 to reschedule marijuana for medical use.