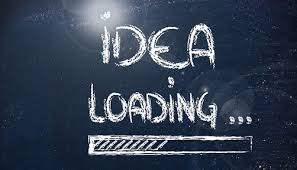 The Fallacy of the DEA: Why the Agency Needs to Concede to Legal Marijuana

There’s no denying the pressure that the Drug Enforcement Administration must be feeling lately. The popularity behind the marijuana legalization movement is at an all-time high, and prohibitionists are jumping ship at record rates to support cannabis reform. The drug agency has never been without opposition in its near 40 year history, but it’s hard remembering a time when there’s ever been this much heat on the narc outfit. The DEA is obviously still alive and well at present, but government bureaucracies are in no way immune from having to evolve with the times for lasting survival.

Looking back, 1973 was an epic year in the United States. The Supreme Court ruled on Roe v. Wade in January, the Watergate hearings began in May, the legendary thoroughbred Secretariat won the Triple Crown in June, and then a month later in July, the world was introduced to the biggest narcotics police conglomerate ever known to man: The United States Drug Enforcement Administration.

I say conglomerate because the DEA wasn’t created from thin air. Instead, several existing agencies gelled together to form the inaugural drug enforcement monopoly. The main forerunners to the Justice Department’s newest play-toy were the Bureau of Narcotics and Dangerous Drugs (BNDD), the Office for Drug Abuse Law Enforcement (ODALE), the Office for National Narcotic Intelligence, and many of the enforcement components from the U.S. Customs Service. These agencies ceased to exist entirely once the DEA came onto the scene, excluding Customs of course, which only relinquished some of its arsenal to the new kid on the block.

Coincidentally, the U.S. Customs Service was the first federal law enforcement agency I worked for, though it was several years later and towards the end of the organization’s historic span when I was employed. I bring this up because the fate of U.S. Customs, as it was under the Treasury Department, is a perfect example of the government evolution I alluded to earlier. Ultimately, neither the Customs Service nor the Immigration and Naturalization Service (INS) could stand the test of time as standalone entities post-9/11, thus the merging of their authorities under the newly formed Department of Homeland Security (DHS) in 2003.

Going back to the DEA’s similar rocky formation, President Richard Nixon’s purpose for establishing the agency was to have a single and streamlined unit at the federal level to combat the nation’s growing problem of drug consumption. Leading up to that point, the feds had no real teeth to combat the illicit narcotics industry. Actually, it’s not that the feds didn’t have the teeth, it’s more that they weren’t chewing and operating in sync with one another (as is still the case today with the constant red-tape and rivaling between certain agencies).

The concept of having a centralized narcotics bureau might have been admirable in the early seventies. However, we’re now witnessing the long-term flaws associated with creating such a robust agency with the sole purpose of drug enforcement, especially considering one of the DEA’s biggest targets is marijuana (which is obviously a commodity becoming more and more acceptable every day).

The growing tolerance towards cannabis poses a huge risk for the DEA, or at least the agency seems concerned with pot going mainstream. If this weren’t the case, they wouldn’t be so relentless in their fight against the medical marijuana industry. Polls consistently show that the use of cannabis via doctor recommendation is welcomed by almost eighty percent of the population. Yet, the DEA refuses to throw in the towel when it comes to this costly and unpopular crusade, even if it means trampling all over the rights of state and local governments in the process. Common sense should tell the DEA to give up on marijuana entirely at this point, including policing against recreational usage, which a majority of Americans now believe should be legally on par with alcohol consumption.

Many long-term factors were neglected when the DEA was formed in 1973. For example, what if public perception changed over time and people later determined that drug abuse and addiction should be treated as health issues rather than law enforcement ones? Or what if society came to agree that prohibition’s caustic side effects weren’t worth fronting a fruitless multi-billion dollar drug war each year? Or what if citizens deemed that one illicit substance in particular, the one realistically funding more of the DEA’s annual enforcement budget than any other, was a plant that could generate a taxable fortune for a country in need of financial aid more than ever?

Unfortunately for the Drug Enforcement Administration, the organization is single minded for the most part, meaning there’s no backup plan should Americans one day decide to do away with prohibition altogether. As a result, the agency has a vested interest in maintaining the Controlled Substances Act as it now stands. This is why the agency fights tooth and nail over losing its grip on any banned substance, let alone the most popular and abundant one.

Other agencies (i.e. FBI, ICE, ATF, etc.) have wider scopes, broader authorities, and more mission flexibility. If the threat from terrorism ended tomorrow, the FBI would certainly survive due to the agency’s array of enforceable statutes. Likewise with ICE’s investigative division, Homeland Security Investigations (HSI), as this DHS component actually has the broadest statutory authority of all federal investigative agencies.

One factor often overlooked regarding the futility of drug policing is the fact that the relationship between drug suppliers and drug users is essentially victimless. It’s not as if Chapo Guzman and company are down in Mexico with their guns drawn to the heads of Americans, forcing their products into the mouths and noses of Yankee gringos. Rather, it is Americans seeking out the services of the cartels, and ironically and unfairly for Mexico, drug traffickers south of the border have American guns drawn amongst themselves as they compete over U.S. business.

The horrific bloodshed below the Rio Grande is reason enough to legalize marijuana entirely and immediately at this point, and for Americans who still don’t get it, our shared boundary with Mexico is 1,969 miles long and unsecured. It’s obvious the violence can’t remain isolated to only Mexico if it’s allowed to foster long enough. Indeed, the Department of Justice reports that Mexican cartels have already set up shop in more than 1,000 U.S. cities.

The southwest border will never be fully secured as long as much of the trade between South and Central America crosses America’s southern border. However, there’s no denying we’d be much safer if it weren’t for the constant criminalization of our neighbors to the south. Illicit marijuana revenues make up around sixty percent of cartel profits per the Office of National Drug Control Policy (ONDCP), and it’s the earning potential from this substance alone that tempts and lures most recruits into the narco game. Maintaining marijuana’s illegality is only producing, enriching, and weaponizing more and more psychopath killers in Mexico, while simultaneously wasting valuable and scarce resources here in the United States.

Just recently, the DEA’s administrator, Michele Leonhart, only reaffirmed her agency’s stubborn position on marijuana. She was questioned in front of the House Judiciary Subcommittee on Crime, Terrorism, and Homeland Security, and it’s intriguing to me that a congressman from Tennessee, Steve Cohen, was the one who grilled Leonhart the most on the DEA’s outdated stance towards cannabis. Not because Tennessee ranks second to only California when it comes to the domestic production of marijuana, but mostly because I imagine the DEA feels confident hedging its bet on “indefinite marijuana prohibition” with southern conservative mindsets. However, as a speaker for Law Enforcement Against Prohibition (LEAP), who is tasked with giving presentations in some of the bible belt’s deepest parts imaginable, I feel confident stating that I don’t think the south will be the DEA’s saving grace when it comes to deterring pot legalization.

Obviously the Drug Enforcement Administration is at a crossroads right now, and in no way am I implying the organization should be eliminated or disbanded. However, when it comes to marijuana the ballgame is over, and resources need to be drastically and quickly shifted. The agency needs to bow down gracefully to cannabis’s legitimacy at this point, instead of continuing to prolong the inevitable. The government was set up to be run by the people for the people, and it’s time for the DEA to recognize this. It might’ve been in 1971 when President Richard Nixon declared drug abuse to be public enemy number one, but it’s nearly half a century later today, and prohibition itself has now become a much bigger nuisance to society (especially concerning marijuana).

Jamie Haase, a speaker for Law Enforcement Against Prohibition, is a former Immigration and Customs Enforcement agent.