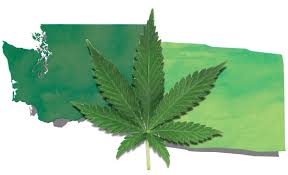 On Idaho Border, Oregon Marijuana Finds Its Way Out

ON THE OREGON-IDAHO BORDER — Hurtling down I-84 with a bag of medical marijuana and no legal right to possess it, the 23-year-old Idaho man with the crooked grin drove out of Oregon, making a break for home.

But he was soon glancing at his rearview mirror as it filled with blue bursts from a cruiser’s lights. He pulled over, studying his rearview, and watched as a very big Idaho State Police officer wearing a black Stetson walked his way.

The trooper said he smelled pot. The young man thought about lying, but didn’t. He stepped out of the car, accepted a pat-down and a ticket and was sent on his way.

David Kosmecki was on the same trip dozens of others make on this hilly spit of four-lane asphalt every week, leaving Idaho to buy medical marijuana in Oregon. Police argue the number of travelers is more likely in the hundreds.

Even in Oregon, Kosmecki doesn’t have legal access to pot, but a friend does, one who strolled into a border marijuana co-op and walked out with an ounce of Hindu Kush. In his home city of Kuna, Idaho, marijuana costs Kosmecki $300 per ounce and the quality is iffy. In Oregon, he gets high-quality, sticky bud every time, and it’s $60 cheaper.

More than a decade ago, voters made medical marijuana legal in Oregon, which critics say sent plentiful supplies into markets gray and black. They added a quirk unique to Oregon’s law: Out-of-staters can get in-state pot cards, too, as long as they have an Oregon doctor’s signature. Across the border in Idaho, simple possession can mean a trip to jail.

The difference creates a kind of tectonic fault line where the states meet. At the epicenter of where it might break loose is Trooper Justin Klitch of the Idaho State Police.

Klitch, the trooper who arrested Kosmecki, is a six-year veteran. His father served 30 years in the state police and his grandfather was a city cop in Ohio. Klitch tried to leave Idaho and avoid law enforcement, first in Alaska and then in Puerto Rico. He saw the toll of the job etched on his father’s face. But home beckoned.

He applied to other places, but turned down job after job. Finally, the Idaho State Police called.

Now, he has a month-old son of his own. He has earned professional accolades for making more DUI stops than any other trooper, and he prefers that to pot busts at the state line – drunks kill people, he said.

“I’d take a drunk over a pound of dope any day of the week,” Klitch said.

But pot possession is often what Klitch finds.

Forty percent of pot seizures in Idaho came from Oregon medical marijuana, according to Idaho State Police records. In Klitch’s sector along the border, it was 53 percent.

Officially, only 196 people in Idaho have medical marijuana cards from Oregon, and their best hope for purchasing the drug is Bill Esbensen.

Esbensen and three co-founders opened the 45th Parallel marijuana cooperative in 2010, and its location in Ontario, Ore. about 5 miles from the border isn’t a coincidence. Esbensen said he knows people from Idaho, Utah and Nevada need medical marijuana.

“We have oncologists all over the state of Idaho and other states sending patients to our clinic,” Esbensen said. “They’re afraid to speak out in their state, but they’re willing to send them over here.”

Eastern Oregon is not a traditional fit for a medical marijuana cooperative. Hours from Portland and sparsely populated, the eastern third of the state is part of one massive Congressional district, the only one in Oregon where Republicans outnumber Democrats.

Kosmecki, the 23-year-old arrested in Idaho, said his friend got his marijuana from Esbensen’s establishment. While not surprised, Esbensen said there’s nothing he can do about it. He compares his operation to a pharmacy. Once the prescription drugs go out the door, he has no further control.

Esbensen said he has raised two daughters, each in college, and sold a successful car dealership. With enough money to leave, Esbensen could relocate to a place friendlier to his lifestyle. But that, he says, would violate the trust he’s established in the area, leaving behind hundreds of people who rely on him for marijuana. He, like Klitch, is rooted here out of a sense of obligation to his family and his professional practice.

Now, he devotes all of his time to the clinic.

He said he knows of people who have moved to Oregon, just to make sure they’re following the law. He also knows of several Idaho patients who regularly make what can be a harrowing journey across the border and back.

When Klitch, the state trooper, looks for signs a driver is concealing something, he checks for sweaty palms, visibly-thumping heart, thrumming carotid artery.

Jeffs, 41, would be an easy mark. “I just tighten up,” she says, and indeed as the Idaho border approaches on I-84, her hands grip the steering wheel tighter. She breathes faster. Her toes curl. Her eyes widen.

Jeffs won’t say how often she makes this run, nor will she reveal the route she typically uses. But traveling back from the 45th Parallel to her family farm in Idaho, she’s visibly shaking.

This, she says, happens every time.

Jeffs said she is a recovering addict, mostly meth. While atop a moving onion harvester a year after getting clean, her hand caught in a weed. The weed yanked her arm into the gears, severing two fingers. She got one finger sewed back.

Marijuana is the only way she says she can treat the pain from her missing finger, she said. She picks at her hand often when she’s nervous.

She’s been stopped by him before, though her boyfriend took the charges of marijuana and paraphernalia possession. She herself is facing marijuana charges, for a home search she said was illegal. She knows Klitch is somewhere close, and thinks about him every time she crosses back into her home state.

“It’s like crossing the Berlin Wall,” she said of the trip. “It’s like going into another country.”

She realizes she could move to Oregon, but like Klitch and Esbensen, she is tied to the land, an area her family has farmed for 100 years. On 5,000 acres they grow sugar beets and alfalfa and kidney beans. Leaving Idaho, even just across the border, would mean leaving her father and brothers and son, who all work the farm.

Oregon’s medical marijuana law touches each of them – cop, cooperative owner, cardholders and other users – pushing them toward the border and two very different views of what is legal. Their ties to this expanse of sand dunes and sagebrush split by the Snake River make it unlikely they’ll leave.