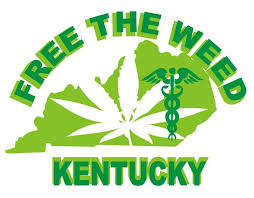 Sen. Perry Clark, D-Louisville, said he wanted to get an early start promoting the legislation to make marijuana available by prescription to cancer patients and others who would benefit from the “miracle plant.”

The legislature isn’t scheduled to reconvene until January.

Clark called for other Kentucky lawmakers to help him “end this folly” of barring people who are suffering from being able to use a drug that could help them.

“The concept of prohibition of a medicine that you grow with a seed that you put in a garden is an anathema to freedom,” he told supporters who gathered Thursday afternoon in the Capitol Annex. “I say it’s time we get brave. We educate. This is a liberty issue to me.”

Clark will dub the bill the “Gatewood Galbraith Medical Marijuana Memorial Act” in honor of the late Lexington attorney who was the state’s leading proponent of marijuana legalization.

A similar measure by the same name failed in a legislative session earlier this year in Kentucky, one of the nation’s top marijuana-producing states. Kentucky has a near-perfect climate for growing marijuana, and was once a major producer of industrial hemp before the federal government banned it. Even so, the idea of legalizing marijuana for medical use, which has already been done in 17 other states, is frowned on by most Kentucky lawmakers and has little chance of passing.

Galbraith, a perennial candidate for governor who was known for his fiery stump speeches, also was an advocate of lifting federal restrictions to allow Kentucky farmers to grow industrial hemp. That idea has gained momentum among Kentucky political leaders in recent years, with most of the state’s candidates for agriculture commissioner last year favoring it.

Galbraith’s daughter, Molly Galbraith, said passing the medical marijuana bill would be a fitting tribute to her father, who died in January.

“For the better part of 40 years, he has been talking about the benefits of medical marijuana,” she said. “And right now there are hundreds of thousands of Kentuckians who are suffering and they need and deserve access to this plant that our grandfathers and our great grandfathers grew by the thousands of acres. In our opinion, there’s no better way to honor our father’s work and his legacy than to see this bill passed.”

Kentucky State Police are among the leading opponents.

“The legalization of marijuana, whether for medicinal use or hemp growth, presents serious challenges to Kentucky’s law enforcement,” said Capt. David Jude. “To distinguish what would be grown and or possessed for ‘legal use’ versus ‘illegal use’ would prove to be difficult, making our enforcement efforts less efficient and possibly less effective. I feel confident that our legislators will consider the impact that legalizing a drug like marijuana will have on all of our communities as well as law enforcement.

Jude said state police troopers will continue to “aggressively enforce” current marijuana laws, “and if those laws are changed, our enforcement efforts will adapt accordingly.”