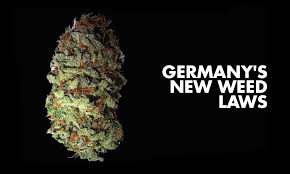 (Reuters) – German Chancellor Angela Merkel may spend much of her time trying to solve the euro zone crisis, but drug use, protection of animals and interpretations of history are more pressing issues for some of her compatriots.

More than 152,000 Germans have voted to make cannabis a legal drug in an online poll conducted as part of Merkel’s strategy to bring the German government closer to the people.

Outlawing sex with animals also proved to be an important issue, with more than 93,000 voting to scrap a 1969 law which decriminalized the sexual abuse of animals.

A genocide law proved to be the most popular suggestion on the online platform, with nearly 157,000 Germans saying they wanted the government to pass a law which would make it illegal to deny that the mass killing of Armenians by Ottoman Turks nearly a century ago was genocide.

Such a move – already attempted by France – would badly harm relations with Turkey, a key trade partner, and Merkel rejected it in a discussion this week with some of the poll participants.

Merkel also turned down a call for holding more critical debates about Islam, a politically sensitive issue in Germany which is home to around four million Muslims.

Merkel, who comes from formerly communist eastern Germany, responded much more warmly to a proposal to plant trees in towns and cities across Germany as memorials to German reunification.

Other popular suggestions made in the survey included more political support for home births and making artificial insemination more affordable.

The online poll is part of an ongoing government initiative called “Dialogue on the Future” that aims to get ordinary Germans thinking about how to improve life in Germany.

The recent rapid rise of a new party, the Pirates, who campaign for Internet freedoms, has underlined to German politicians the growing importance of the web for mobilizing citizens in support of political causes.