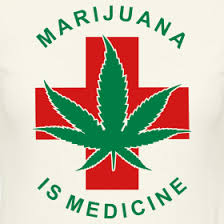 Marijuana as medicine needs research, rules to drive by

Let’s start by stating that driving while impaired by drugs or alcohol is a crime and must be punished. All 50 U.S. states have clear laws prohibiting this activity.

But there is one intoxicant that is trickier than the others: marijuana, especially when used for medical purposes.

During the past two years, Colorado and Montana, along with more than a dozen other states, have proposed laws that set a strict threshold for determining when a marijuana user is deemed too impaired to drive.

These would consider a concentration of more than 5 nanograms of tetrahydrocannabinol, or THC (the psychoactive component of marijuana) per milliliter of blood, as hands-down proof of intoxication or impairment.

The result would be an automatic guilty verdict, with all that entails: a temporary loss of driving privileges, fines, lawyer’s fees, possible jail time and greatly increased insurance premiums.

Several states are going further and have either adopted or are considering zero-tolerance laws for THC levels. This means any THC in the blood would result in a conviction.

Here’s the problem with these laws: There are questions about how, and at what level, cannabis use impairs driving ability. For a patient in one of the 17 states where marijuana has been legalized for medicinal use, how are you to know when it’s legal to drive? After consuming marijuana, should you wait 12 hours to drive or one day? When will your THC level be below the 5-nanogram threshold? The answer is complicated.

Although marijuana is readily detectable in toxicology tests of blood, hair, urine or saliva, what isn’t clear is just how quickly THC passes through the body. We know, for example, that THC may be detected in the blood of occasional users several hours after ingesting. But in some chronic users there may be traces for days after the last use, long after any performance-impairing effects have subsided.

This is a very clear contrast with alcohol. There is a firm understanding of the rate at which the body metabolizes alcohol and there are well-known guidelines on how much time must pass after drinking before one is fit to drive. Tests can easily be administered in roadside stops. Those who fail simple benchmarks of sobriety – not to mention breath tests – are usually convicted or plead guilty.