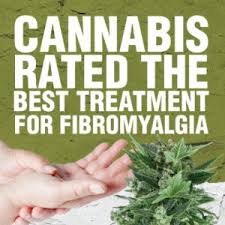 Marijuana Use for Fibromyalgia Pain

A new study examining the use of marijuana for fibromyalgia pain revealed that 13% of people at one Canadian pain center were using some form of cannabis (the plant that produces marijuana.)

Of those using cannabis, 80% were using the plant form, 24% used prescription drugs containing cannabinoids, and 3% were using a combination of both forms.

They found cannabis usage was more common in people fitting the following criteria:

Researchers urged caution about recommending cannabis for treating fibromyalgia because some of those trends.

First, it should be noted that medical marijuana is legal in Canada. The participants who are self-medicating, however, likely obtain the drug illegally.

Second, I think the researcher’s conclusion is somewhat flawed, as some of the factors listed above may leave many people without good options for pain treatment.

Current Unstable Mental Illness: I’m not going to address whether marijuana is appropriate for people in this category. I don’t know enough about mental illness, and also the category is too broad, covering everything from anxiety to schizophrenia. However, I do have to wonder if people with psychiatric diagnoses are more likely than others to be under-treated for pain because doctors are hesitant to give them painkillers. If so, this could make them more likely to self medicate.
Opioid Drug-Seeking Behavior: Certainly, some of the people displaying this behavior may be addicts who are trying to get meds for the wrong reason. However, others may have been wrongly denied proper pain treatment. It’s hard for doctors to recognize the difference between addictive behavior and the desperation caused by unrelenting pain, and some of them don’t try very hard. Once the label is on your chart, no one will give you painkillers. Chronic pain is chronically under-treated, leaving far too many of us desperate for something. When we ask for drugs, we’re labeled as “drug seekers.” Um, yeah – we’re seeking treatment.
Males: Men are less likely to ask for help, often believing it makes them appear weak. This could lead men with inadequate pain treatment to seek their own solutions rather than go back to the doctor.

I don’t know what to make of the “unemployed” or “receiving disability payments” categories. In the U.S., it would make perfect sense – those would be uninsured or under-insured people. I don’t know enough about the Canadian system(s) involved to speculate about these, though.

And here’s an interesting tidbit – according to a CBC (Canadian Broadcasting Corporation), the national rate of marijuana use there is 16.8%. I’m not very good at math, but I’m pretty sure 16.8 is higher than 13, meaning that Canadians with fibromyalgia are less likely to smoke pot or use another form of cannabis.

I hope that, going forward, researchers take a close look at why certain people are more likely to self-medicate instead of focusing on the fact that people with what are called “negative psychosocial parameters” are more likely to do it. If they don’t, they’re doing us all a disservice.

Why do you think certain people are more likely to turn to marijuana, and especially to self-medicate illegally? Have you used cannabis to treat your pain? Leave your comments below!

RI wants patients to swing by…