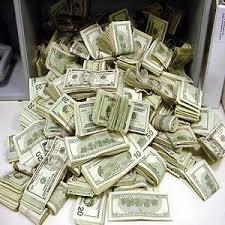 Officer Jorge I. Melendez, who faces criminal charges for allegedly tending his marijuana-growing operation while in uniform and on duty, was one of the four defendants targeted in the forfeiture action at federal court.

Melendez, 41, and three co-defendants all pleaded not guilty Monday in an arraignment proceeding before U.S. Magistrate Judge Hugh B. Scott.

Charged with Melendez are Jason Elardo and his wife, Gale Elardo, both 42, of West Woodside Avenue, and Robert Osika, whose age and address were not available.

Melendez, a four-year patrolman, was arrested and fired May 31, after an investigation by the U.S. Drug Enforcement Administration and state police.

His arrest enraged Buffalo Police Commissioner Daniel Derenda, who referred to Melendez as “garbage” and said he was especially upset at allegations that an on-duty cop would leave his district to check on his illegal marijuana crop.

The investigation, which involved court-authorized eavesdropping and “sneak-and-peak” warrants, revealed that Melendez and his co-defendants were growing pot at a South Park Avenue warehouse, which is co-owned by Melendez, police said.

Pot also was grown in a warehouse on Clinton Street, authorities alleged. Prosecutors on Monday filed forfeiture actions seeking to take possession of the two warehouses and the Elardo home.

The forfeiture action also seeks $346,445 in cash and two SUVs, one from Jason Elardo and another from a local business associated with the defendants. A Harley Davison motorcycle and a 36-foot boat, both owned by Melendez, are also targeted.

The Elardos could face 15 years because a gun was found in the home, the prosecutor said.

“I guarantee that all of the warrant applications and the identification issues in this case will be thoroughly reviewed in behalf of our client,” LaTona said