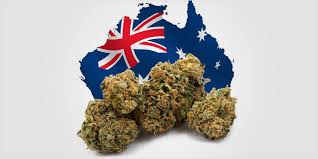 Trio of MPs to push for probe into drugs laws

DECRIMINALISING drugs will be investigated by Australia’s top independent policy adviser under a plan championed by a trio of federal MPs from different sides of Parliament, with the aim to take politics out of the debate.In April a report from the Australia21 think tank argued the ”war on drugs” and tough stance on illegal substances had failed, sparking debate and gaining support for decriminalising personal use from eminent Australians, including former police commissioners and premiers.Liberal MP Mal Washer, Greens senator Richard Di Natale (who are both doctors) and independent Rob Oakeshott will this morning call on the government to ask the Productivity Commission to investigate the current adequacy of illegal drug laws.

”The reason for the Productivity Commission is to take the politics out of it and base it on evidence – which is dispassionate and hard nosed,” Senator Di Natale told The Age. ”I’ve lost count of how many MPs have told me privately we have to change the approach to drugs but won’t speak out.”

It is unclear which MP would move a motion but Dr Washer said he would ideally like a government MP to do so to ensure the best chance of success.

Dr Washer said the focus needed to be on social and health programs, not criminal charges for users.

”Most of the doctors I know say that. The evidence is there across the world for the change. We just need to get governments to have their own commissions to say that is right.”

Labor MP Andrew Leigh has previously said that in relation to drugs ”facts and evidence – not ideology and dogma – are the Australian way”.

He is believed to have spoken to the group in the past about a Productivity Commission push. However, he does not have the backing of the caucus.

The report found that much of Australia’s street and household crime was driven by the need for money to buy illegal drugs such as heroin.

About 400 Australians die each year from illicit drug use and thousands more suffer significant ill health as a result of unsafe injecting and infections.

The Australia21 paper acknowledged fears that liberalisation could increase, rather than decrease, dangers to children. But it said a growing body of evidence from overseas ”indicates that these fears are misplaced”.

Despite the push, an Age/Nielsen poll in May found two-thirds of Australians opposed decriminalisation, reflecting little change in attitudes from a similar poll 13 years ago.

Dr Washer said there was a difficult ”cascade” where drug users were sent to jail for small offences and then struggled to find work, which in turn led them back to drugs.