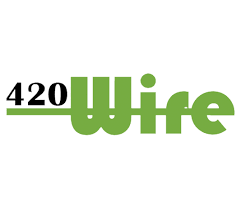 HARTFORD — As Connecticut prepares to work on how it will regulate medical marijuana transactions in the state, a home-grown industry is already stirring.

An Arizona businessman visited the state Tuesday to promote his marijuana-dispensing machine, and a lawyer says he will shift some of his business to representing clients with medical conditions seeking permission to buy marijuana.

Bruce Bedrick — chief executive of Medbox Inc. in Scottsdale, Ariz. — was in Hartford Tuesday to show off a ‘‘mock dispensary’’ that would make medical marijuana available to eligible patients.

The law making Connecticut the 17th state to legalize medical marijuana takes effect Oct. 1. By then, the consumer protection agency will establish a temporary registration procedure for patients to be protected from prosecution, Rubenstein said.

The Consumer Protection Department will look to its own experience as it drafts medical marijuana rules, he said.

The agency issues liquor and pharmacy licenses, and its lawyers, drug control agents, and other staff members know how to establish a licensing system with background checks, Rubenstein said.

The agency also is looking at the experience of other states and is getting suggestions from businesses, he said.

‘‘There’s no end of advice we’re getting from people who would like to be in this industry,’’ ­Rubenstein said.

Connecticut’s new law permits marijuana to be sold in multiple forms at dispensaries that have a licensed pharmacist on staff, and marijuana may be marketed only to patients authorized to use it. The measure also outlines specific diseases that would be treated by the drug, establishes a registration system for patients and caregivers, and restricts cultivating the plant to growers with permits.

Erik Williams — executive director of the Connecticut chapter of NORML, which advocates for repealing laws prohibiting marijuana — said the new law will spur growth in industries growing and distributing marijuana and ancillary businesses that sell indoor growing systems, energy-efficient lights, and other equipment.

The law allows marijuana use for ‘‘debilitating medical conditions’’ that include cancer, glaucoma, HIV, AIDS, Parkinson’s disease, multiple sclerosis, and numerous other conditions that may be ­approved by the Department of Consumer Protection.

In the meantime, business owners and others will have to wait until Connecticut regulators draw up medical marijuana rules.

‘‘There are questions that are unanswered now,’’ Bedrick said.