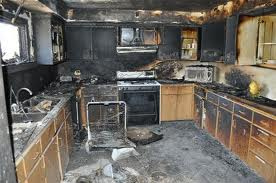 LIVERMORE — A man and woman who were critically burned in an explosion in Livermore were arrested Thursday on suspicion of murdering a third person who died in the blast, after authorities determined the three had been making hashish oil in an apartment.

The explosion occurred on May 21, 2011 at 3624 Silver Oaks Way. It killed Paul Lom, 35, of San Jose, while critically injuring Lexie Miriyah Hutson, 23, who lived in the unventilated apartment, and her boyfriend, Evan Aviles, 22.

An investigation determined that all three had been making hashish oil, a controlled substance, said police Sgt. John Hurd. The group had been using liquid butane, which is highly flammable, to extract the oil, Hurd said, and allowed an unknown amount of butane to pool on the floor.

Hutson and Aviles were each booked Thursday on suspicion of murder and manufacturing a controlled substance.

Both lost parts of their fingers and were severely burned as a result of the explosion, which left the structure uninhabitable. The residents of four other units were forced to find other places to live.