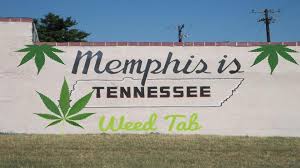 By Tony Gonzalez, The Tennessean

WOODBURY, Tenn. – In a unique example of cooperation among local, state and federal government officials, nearly 1,000 wooded acres that once hosted a massive marijuana operation were dedicated Wednesday as protected wildlife areas on Short Mountain in Cannon County, Tenn.

Officials at all levels of government gathered to finally enjoy — six years in the making — the pristine ridges and scenic views to be preserved in a land transfer unmatched in Tennessee history.

Never before had land seized in a drug raid become parkland in the state. In fact, it is one of just four such transfers in the nation in 15 years, according to the U.S. Department of Justice.

More than a dozen government departments, law enforcement agencies, conservation groups and nonprofits joined in negotiations that led to the land agreement, which averted the standard outcome for seized property: an auction to recoup money for police.

In this case, conservationists resisted the sale — and potential development — because Short Mountain is home to the headwaters of three rivers that supply drinking water and habitat for rare species.

In a ceremony attended by dozens, government officials took turns describing the unusual cooperation that made the deal possible.

“I know you’ve all heard the phrase ‘We’re from the government, and we’re here to help.’ This time we did,” said Eastern District U.S. Attorney William Killian.

Federal agents raided the marijuana operation of Jeffory Carl Young and Morris Roller in 2006, cracking what they described as more than a decade of multistate distribution. Young, 55, is serving 18 years, and Roller, 59, is serving 16.

The conservation effort began soon after the arrest, ultimately leading to a plea agreement in which the men forfeited half of their acreage. The Tennessee Wildlife Resources Agency and the Tennessee Heritage Conservation Fund approved $154,000 to buy 10 parcels in 2008 — the deeds finally were signed April 10.

According to those deeds, the land must be kept as open space with public access. Any sale would need to be approved by a vote of the conservation fund, but not even that board can split the land into pieces.

The largest tract adjoins and will become part of the 1,000-acre Pea Ridge Wildlife Management Area.

Readyville, Tenn., resident Kerry Brown brought her family to the ceremony and gushed about the rare opportunity to experience the mountain from on it, instead of looking up toward it from the roadways below.

“Some days, it’s so pretty when the sun hits it just right,” Brown said. “But it’s absolutely gorgeous up here.”