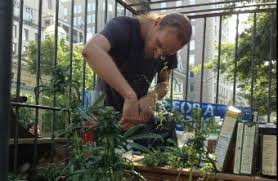 WASHINGTON — The District of Columbia’s health department has cleared the way for four medical marijuana dispensaries to receive final approval to begin operating.

The four dispensaries had previously advanced through other aspects of the district’s approval process. They are now eligible to apply for business licenses, building permits and certificates of occupancy. Once those steps and other regulatory requirements are met, they will receive their registrations.

It’s still not clear when medical marijuana will become available in the nation’s capital. The Washington Post reports that the six cultivation centers approved for registration haven’t begun growing the plant.

The D.C. Council legalized medical marijuana in 2010. Councilmember David Catania says Tuesday’s action by the health department is “another milestone on the path to making medical marijuana available” for those who need it.