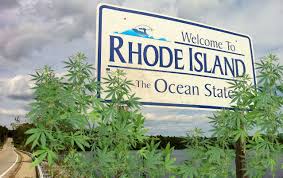 The bills will now be passed to the opposing chamber for a vote. If enacted, Rhode Island would become the 15th state to decriminalize marijuana.

Instead, the new law, if approved, would impose a civil penalty of a $150 fine, plus forfeiture of the drug. A third offense within 18 months of the previous offense would be treated as a misdemeanor.

The legislation passed the House in a 50 to 24 vote and passed the Senate in a 28 to 6 vote. Each bill must now travel across the rotunda to pass the opposite chamber in order to become law.

Under the provisions of the Senate and House bills (2012-S 2253Aaa, 2012-H 7092Aaa), offenders who are minors would also have to complete an approved drug awareness program and community service. The Rhode Island Traffic Tribunal would have jurisdiction over these cases.

Currently, possession of even very small amounts of marijuana is a misdemeanor under state law and is punishable by up to one year in jail and a fine of up to $500.

This legislation could save the state millions of dollars each year, clean the judicial dockets for more serious issues and take away the criminal stigma from an otherwise youthful indiscretion, Rep. Edwards said.

“I introduced this bill for three reasons,” Edwards said. “Firstly, I don’t think people should have a charge on their record that stays there forever because of a bad decision made during their teen years. Secondly, the state is going to save a little money from this because we won’t be incarcerating as many people.

“But most importantly, I think this is the right thing to do. Fourteen other states have done this, and Rhode Island and Vermont are the only exceptions in New England right now. This legislation brings equity to the state of Rhode Island.”

Senator Miller said the Special Senate Commission to Study the Prohibition of Marijuana hearings that took place in 2010 really made a difference in how some of his colleagues and members of the public viewed the prospect of marijuana decriminalization.

“I think the commission lured out some of the real benefits that can come from this legislation,” said Senator Miller, who served as chairman of the commission. “Not only will it have economic benefits tied to law enforcement, judiciary and incarceration costs, but it will be especially beneficial for young people. During the commission hearings, it was clear that education and treatment was the favored way of dealing with minors’ use of pot.

“No one wants to see opportunities in higher education closed off to someone because of criminal charges related to marijuana.”

The senator also pointed out that teens who can afford a good defense in court tend to fare better than those who can’t.

If enacted, Rhode Island would become the 15th state to decriminalize marijuana.

In 2008, Massachusetts voters carried passage of a similar law with 65 percent of the vote. Connecticut’s legislature established a decriminalization law last year.

The Rhode Island legislation would go into effect on April 1, 2013.