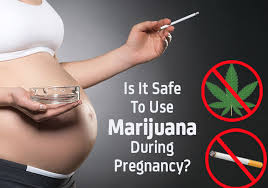 A surprising reason why some newborns test positive for marijuana

Some newborns are testing positive for marijuana exposure and the reason why could surprise you.

Soap and hand wash products, including products commonly used in hospital nurseries, can interfere with urine drug tests of newborns and lead to false positives, according to a new study from the University of North Carolina at Chapel Hill.

The June issue of Clinical Biochemistry published the study, which was led by Catherine Hammett-Stabler, a professor of pathology and laboratory medicine at UNC Hospitals. Last year, UNC Hospitals increased use of a urine test to identify tetrahydrocannabinol-delta 9-carboxylic acid, or THC, the main chemical component of marijuana. The screening protocol had been revised to be consistent with the latest recommendations for newborn drug screening.

In the study, Hammett-Stabler said that clinical labs received a call in last July 2011 from nurses in the newborn nursery asking about an increase in positive THC results from the drug screens. While urine samples tested positive, samples from the first bowel movement were not. Something was causing the positive test results and it wasn’t marijuana use. The mothers’ and newborns’ drug histories showed no potential agents that could alter a screening test.

Hammett-Stabler concluded that something was getting into the samples and interfering with the tests. After eliminating cotton balls, collection containers and possible dyes in the outer portion of diapers, the team focused on baby wash. A test of commercially available baby washes identified some of the chemicals and detergents that were causing the false positives. But the team does not know the mechanism by which these agents are causing the positive results.

“Structurally, these things don’t look like marijuana metabolites, but clearly they are being recognized by the antibodies used in the immunoassay,” Hammett-Stabler said in a statement. “And when testing those reagents in increasing concentrations we did see a positive response, aleit really low, just over the point of positive.”

Dr. Carl Seashore, associate professor of pediatrics at UNC and a co-author of the study, said the findings underscore the need to confirm positive marijuana test results with more sophisticated methods before child social services are contacted for what may be a false allegation.

“We wrote this paper to inform care providers and laboratory medicine people in hospitals that this issue is out there and that positive urine screens for THC need to be confirmed,” he said.

Hearing on AG’S Bill and More will be April 16