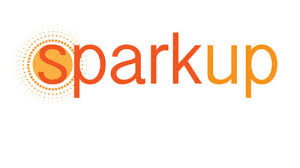 ALBANY, N.Y. –  New York Gov. Andrew Cuomo will ask state lawmakers Monday to decriminalize the possession of small quantities of cannabis, according to The New York Times, in a bid to save young men from minorities who find themselves charged with a crime after being stopped and frisked.

The governor inserting himself into the debate would be controversial and follows a dispute over hailing livery cabs from the street and fingerprinting of food stamp applicants. On the stop-and-frisk issue, Cuomo would find himself at odds with New York City Mayor Michael Bloomberg.

His expected push follows a directive last September from police chief Raymond Kelly for officers to overlook such drug discoveries — which resulted in only a small decrease in such charges.

Many such discoveries are made as youths are stopped and searched for other reasons — but the drug find means they get a criminal record.

“For individuals who have any kind of a record, even a minuscule one, the obstacles are enormous to employment and to education,” New York Civil Liberties Union executive director Donna Lieberman said.

“When it’s really a huge number of kids in the community who go through this, and all have the same story, the impact is just devastating.”

A Queens College investigation found there were 50,684 arrests in 2011 for small quality marijuana possession — more than for any other offense and one seventh of all arrests.

“This proposal will bring long overdue consistency and fairness to New York State’s Penal Law and save thousands of New Yorkers, particularly minority youth, from the unnecessary and life-altering trauma of a criminal arrest and, in some cases, prosecution,” a Cuomo administration official told the Times in an email.

Definitely Won’t Be The Same…