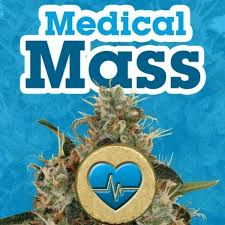 How could mapreventionalliance.org possibly need more scientific evidence? WHO SIGNS YOUR CHECKS!? hmmmm reference the flow chart below -UA

Opposition to a ballot question that would ask Massachusetts residents to vote on the legalization of medical marijuana is mobilizing in the state, despite claims from proponents that the issue is widely supported and will likely pass.

With the Legislature stalling on a bill that would legalize the drug for medical purposes and issue supporters collecting signatures across the state, voters will likely have the opportunity to decide in November.

Under state law, more than 68,000 certified voters must sign an initial petition to place an issue on the November ballot, with not more one-quarter of all the signatures coming from the same county. If the Legislature does not take up the issue, an additional 11,000-plus signatures are needed by June 19th to put it on the ballot.

But, the Massachusetts Prevention Alliance, which opposes the measure, has asked the Supreme Judicial Court of Suffolk County to change the ballot question’s wording, which it says is “misleading.’’ And the state’s physicians are questioning whether there is enough scientific research to justify the use of marijuana for medical purposes.

Heidi Heilman, president of the alliance, said the question fails to “adequately’’ outline the proposed system in which the state’s Department of Public Health may issue registrations for marijuana treatment centers, and which would allow patients to be provided with a card that allows them to obtain the drug.

Jennifer Manley, spokeswoman for the Committee for Compassionate Medicine, which proposed the ballot question, however, says a summary of the question clearly states that what would happen under the proposed law.

“We drafted the initiative petition to make the Massachusetts medical marijuana law the safest in the country,’’ Manley said in a statement.

Supporters point to the measure’s licensing requirements for patients and dispensaries overseen by health department and the limited list of diseases that can be treated with the drug as examples of areas where the proposal excels.

Attorney General Martha Coakley’s office filed a motion to dismiss the alliance’s petition, saying the group failed to offer a valid way for the court to grant its request, such as by proposing another way to write the ballot question.

A court date on the petition has been scheduled for Monday in Boston.

Eric McCoy, a Boston resident who was diagnosed with multiple sclerosis 20 years ago, said using a vaporized form of marijuana has allowed him to live a “relatively normal’’ life. McCoy, who uses a wheelchair, said inhaling the drug stabilizes the muscle spasms in his legs, allowing him to walk around his home.

He said he has been using the treatment daily for the past 17 years because he either cannot or will not take certain prescription drugs, like Valium, due to their dangerous side effects.

McCoy added that, for him, the most dangerous thing about using marijuana as a treatment has been procuring the drug, not using it. He would not elaborate on how he obtains marijuana.

“No one has ever overdosed from medical marijuana,’’ he said.

The Massachusetts Medical Society, however, has recently said it could not support the drug as a treatment without sufficient scientific studies.

Dr. Richard Aghababian, the president of the group which represents about 24,000 physicians and medical students, said he would like the U.S. Drug Enforcement Administration to reclassify marijuana to permit more studies on its possible medical benefits.

“We encourage our physician members to practice evidence-based medicine,’’ he said.

Aghababian said he is also concerned about the risk that prescribing marijuana, which the federal government classifies as illegal and of little-to-no medical value, poses to certain medical licenses. He also raised concerns over the health effects associated with smoking, a common way the drug is consumed.

Despite the push by opponents, supporters of medical marijuana say they are convinced Massachusetts voters will be on their side.

Bill Downing of MassCann, the local chapter of the National Organization to Reform Marijuana Laws, said he believes there is no other issue in Massachusetts “that garners nearly as much attention.’’ He added that signature collection for the ballot initiative is “ahead of schedule,’’ but did not have the exact number of remaining signatures that are needed.

During the 2010 election, state voters were asked 18 non-binding advisory ballot questions to gauge support for overhauling the state’s marijuana laws. Nine of the questions supported the use of marijuana for medical reasons while another nine backed legalizing the drug outright, allowing the state to regulate and tax it.

According to an Associated Press review of the campaign returns, support for the questions varied from 54 percent to 70 percent in state legislative districts.

Currently, 17 states and the District of Columbia have laws legalizing the use of medical marijuana to varying degrees. Many of these laws came through ballot initiatives.