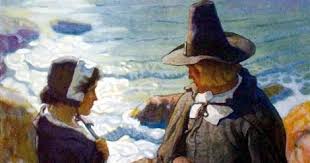 PROVIDENCE- The New England cannabis law reform movement has been active this week. While the stock market is falling, medical cannabis is on the rise despite a lacking economy and a recent tightening of the Obama administrations views on the medicine.  Friday Governor Dannel Malloy signed HB 5389 “THE PALLIATIVE USE OF MARIJUANA ACT” in to law. This law is written to allow for cannabis to be distributed through licensed pharmacists to qualifying patients. The list of qualifying conditions is limited, not including the condition of “chronic pain” that is the source of many questionable medical cannabis recommendations in the 16 other states that have passed similar laws.  The patients will be supplied by at least three but no more that 10 producers. Remember that the recent federal raids have mostly targeted large scale producers and retailers of medical marijuana. If the seemingly strict regulations and tight list of qualifying patients will
these ten producers be small enough to stay in the shadows of the impending spotlight shining on Connecticut by the Obama/Kerlikowske tag team duo.

Also in recent news New Hampshire Governor John Lynch says he will veto the bill recently passed through the Senate. He feels there is lack of control over the distribution of  cannabis to patients while he does feel compassion for the sick who believe cannabis as medicine can help them. The New Hampshire public is polling strongly in favor of cannabis for the sick.

Will Connecticut’s new law be the model for states like New Hampshire on the verge of passing laws to take the plunge into the fight for the states right to regulate cannabis for medical purposes as Obama touted in his 2007-2008 campaign for President.  Only time will tell but until then bravo to Connecticut and to those up there Live Free or Die seems to exclude the right to toke the pain away…For now?