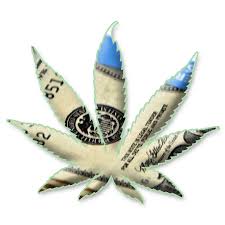 A poll of California voters found that a majority do not want legal marijuana – mirroring the result of Proposition 19 in 2010. Advocates had hoped that views were changing

A new poll in the heart of the nationwide pro-marijuana movement finds that attitudes have not changed appreciably since California voters defeated a citizen’s initiative to legalize pot in 2010.

The University of Southern California Dornsife/Los Angeles Times poll found 46 percent of California voters in favor of “general or recreational use by adults” and 50 percent against. In 2010, Proposition 19 – which would have made California the first state to allow marijuana for casual use – failed with 54 percent against and 46 percent in favor.

Pro-marijuana activists had hoped that those numbers might have shifted during the past two years. A recent national poll by Rasmussen Reports found that 56 percent of respondents favored legalizing marijuana and regulating it like alcohol and tobacco cigarettes are regulated; 36 percent were opposed.

How much do you know about marijuana? A quiz.

The USC poll appears to dash those hopes, though pro-marijuana activists say the numbers reflect fear of marijuana without regulation or rules.

“The word, ‘legalization’ implies a lack of rules, and nowhere in the California poll question is any mention of, or comparison to, a regulatory system,” says Morgan Fox, spokesman for the Marijuana Policy Project, via e-mail.

“In all my years of working as a clinician at Scripps, we have yet to see a patient come through who doesn’t attribute his addiction to having started with marijuana as a gateway drug,” says Nancy Knott, a teen drug counselor with Scripps Alcohol and Treatment Center in La Jolla, Calif. “These new statistics are going to be played with and spun until the public simply stands up and says, ‘Let’s quit thinking about how to feel good and start thinking about the teenagers who are dying from drug addiction.’ ”

The poll also showed that 80 percent of California voters support doctor-recommended use for severe illness. California was the first of 14 states to approve marijuana for medical purposes. But those against it say the law is too lax in regulating the doctors who issue the cards.

“If I had a nickel for every teenager who easily flipped out their medical marijuana card, I would be a rich woman,” says Ms. Knott.

Tod Burke, a professor of Criminal Justice at Radford University in Virginia, says the poll can be read either way.