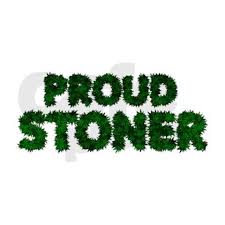 Smoke ’em if you’ve got ’em, but Dixie Elixirs & Edibles has a different idea on the best ways to ingest medical marijuana.Sipping and snacking — not toking — are the basis of Dixie’s fast-growing Colorado business, which now is poised to go national.

The Denver-based firm specializes in the production and distribution of food, beverages and other products infused with the active ingredient of marijuana.

Led by its flagship line of THC-laced sparkling beverages, items also include chocolate truffles, crispy rice treats, fruit lozenges, capsules and droplets. The company’s target market is registered medical-marijuana patients who prefer, for health or social reasons, to ingest their drug without smoking.

“If I needed to medicate, I would never consider lighting up in front of my 11-year-old daughter,” said Dixie owner and managing director Tripp Keber. “A 70-year-old grandmother with glaucoma (might) never consider smoking but will put a couple of drops of elixir in her soup.”

THC-infused edible products now constitute about 38 percent of total sales at dispensaries in Colorado, compared with 12 percent two years ago, according to estimates from Keber that are based on conversations with retailers.

Colorado law allows local manufacturers to distribute THC-infused items only within the state. But Dixie, already among the largest of Colorado’s infused-product

makers, is staking out a share of the national medical-marijuana market through a licensing deal that will enable its branded products to be made and sold in other states.Publicly traded Medical Marijuana Inc. last month paid $1.45 million to acquire Dixie’s intellectual property, formulas and recipes. The two companies have created a third, Red Dice Holdings, to license and market Dixie’s brand and products in other states.

The firm expects to be selling in Arizona, California and Washington, D.C., before the end of the year.

For a nascent industry that didn’t exist 18 years ago and now is legal in only 16 states and the District of Columbia, rapid growth is forecast.

Consulting firm See Change Strategy LLC said in a recent report that national medical-marijuana sales of $1.7 billion in 2011 could grow to $8.9 billion in five years. California and Colorado account for 92 percent of the current market. California leads the nation, with sales of $1.3 billion, according to the report.

Analysts say delivery of medical marijuana through edible and drinkable products is likely to increase in coming years, in part from a growing number of older patients who never have smoked marijuana recreationally.

“For a patient coming in who has never used marijuana before, they might be very open to that kind of (edible) delivery mechanism,” said Robert Frichtel, managing partner of Medical Marijuana Business Exchange, a Teller County-based consulting firm. “There are a significant portion of people using marijuana for medical reasons where it’s not desirable for them to smoke it.”

Dixie employs 22 workers, where it makes edible products from THC kept in a secured vault.

The privately owned firm does not disclose financial information, but Keber said sales have increased 22 percent year-to-date in 2012 compared with last year.

In 2009 he made a loan to Dixie’s original operators. A year later, he took control of the business and sought to expand its reach.

Dispensary owner Max Cohen said most of his customers buy smokable marijuana, but the edible segment is growing.

“The majority of our patients still prefer the (marijuana) flowers to smoke,” said Cohen, owner of The Clinic, which operates six dispensaries in metro Denver. “But there are some people who don’t like to smoke, and it’s easier for them to consume edibles.”