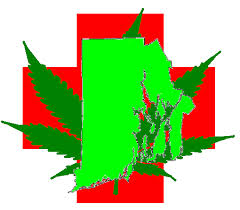 PROVIDENCE – The House and Senate Judiciary Committees just voted in favor of two bills that would reduce the penalty for possession of marijuana to a $150 civil fine for most offenses. H 7092 and its companion bill, S 2253, would make possession of less than an ounce of marijuana a civil infraction, similar to a parking ticket, and would remove the criminal penalties that currently exist.

Marijuana possession is now punishable in Rhode Island by up to a $500 fine and up to a year in jail. The bills will now go to their respective floors for a full vote.

A January poll from Public Policy Polling showed an overwhelming 65% of likely voters supported decreasing the penalties for simple possession of less than an ounce of marijuana by removing the possibility of jail time and making the offense a civil citation. Such a change received support from across the political spectrum, with 73% of Democrats, 64% of Republicans, and 60% of independents in favor of the measure. The bills are also supported by a number of social science and public health professionals.

“H 7092 and S 2253 represent the beginning of a new way forward for marijuana policy in the Ocean State – an approach that moves away from punitive law enforcement tactics by placing a greater emphasis on public health,” said Dr. Glenn Loury, professor of social science and economics at Brown University. “In addition to the issuance of a civil violation, the bills require minors who are caught in possession of a small amount of marijuana to attend a drug education course and perform community service. Community service, parental discipline, and honest education on the negative consequences of drug and alcohol use are more humane ways to deal with marijuana than incarcerating adolescent users.”

“My forty years as a public health advocate have convinced me that decriminalizing marijuana possession is a sensible move for both public health and public safety,” said Dr. David Lewis, professor of community health and medicine and founder of the Brown University Center for Alcohol and Addiction Studies. “From a public health perspective, marijuana presents far fewer health risks than cigarettes or alcohol. Public safety will benefit after a shift from criminal to civil penalties for marijuana possession because law enforcement officials will be able to attend to more serious crimes. Contrary to common fears, the evidence from many states shows that decriminalizing possession does not result in a significant rise in marijuana use.  I’m grateful that Rhode Island is moving toward a less punitive policy.”

“Committee approval sets the stage for Rhode Island to join the ever growing number of states that have removed the threat of jail time for the non-violent act of simply possessing a small amount of marijuana,” said Robert Capecchi, legislative analyst at the Marijuana Policy Project. “Neighboring Massachusetts and Connecticut have done so as well, with no ill effects. In fact, most of the states that have decriminalized marijuana possession did so in the 1970s, and none of them have suffered in any way by doing so. Rhode Island law makers should be proud to sensibly reform state law. 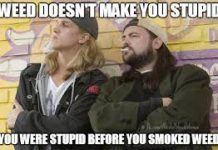 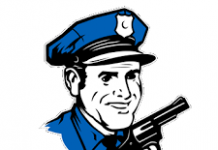