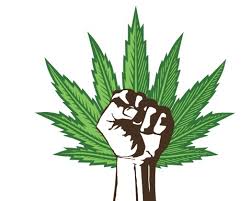 According to a recent Rasmussen poll, 56% of Americans support the legalization of marijuana and the regulation of it similar to alcohol and tobacco. 36% were opposed to legalization. This comes only weeks after a poll found that 74% of Americans would like President Obama to respect state medical marijuana laws, instead of continuing his anti-marijuana crusade.

“If they had asked, ‘If you knew that a majority of homicide convicts in New York had smoked marijuana within 24 hours of their convictions, would you be in favor of legalizing it?’ they would have gotten a far different answer,” said David Evans, special adviser to the Drug Free America Foundation. “These questions are so biased and leading, it’s embarrassing.”

Evans apparently doesn’t have much interest in causality. Did it ever occur to Mr. Evans that the homicide convicts were already violently-disposed or had a history of crime? Evan’s logic could be used to formulate an argument to again ban liquor if taken to its ultimate conclusion. Or what about crimes committed while on prescription drugs? The man’s causal reason is hilariously amateur. The last convulsions of a country heading toward marijuana legalization some time in the future.

“This is the strongest support ever recorded in favor of marijuana legalization in the U.S.,” said NORML’s Dale Gieringer. “It confirms a trend that originated in 2009, when for the first time polls began to show plurality support for legalization.”