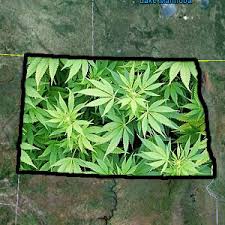 OUR VIEW: Medical marijuana should be defeated if it returns

Medicinal marijuana is back in the news here on the Great Plains — we hesitate to call our geographic region the “High” Plains in this particular piece — and we aren’t surprised.

By: Editorial board, The Daily Republic

Medicinal marijuana is back in the news here on the Great Plains — we hesitate to call our geographic region the “High” Plains in this particular piece — and we aren’t surprised.

In North Dakota, a member of the state Legislature is pushing an initiative to put medicinal marijuana on that state’s ballot this November. If approved, North Dakota residents could possess up to 2½ pounds of marijuana for medical purposes. Those who qualify could obtain the drug from a licensed dispensary or grow a supply for personal use.

Seventeen states already allow medical marijuana. In North Dakota, the petition and at least 13,452 signatures must be turned in by Aug. 8 to get the proposal on the November ballot.

As these rumblings grow in other states, we remember that in 2010, we were told by doctors that federally approved medicines already exist to alleviate the same pains that marijuana will supposedly relieve.

Too, South Dakota’s top medical and law-enforcement officials were greatly against this proposal in 2010.

So were 63 percent of this state’s voters.

We do not pretend to know if marijuana truly and honestly relieves the pains and sufferings of patients with cancer and other ailments. We do, however, choose to listen to the medical professionals and law-enforcement officers who urge South Dakotans to remain conservative and keep medical marijuana out of our state.

Proponents staunchly argue that 17 states allow the legal use of medicinal marijuana. We prefer to note that 33 states do not.

Will this proposal come again in South Dakota?

We suspect it will, and after two failed votes — by an increasing margin — it’s both troublesome and wearisome.