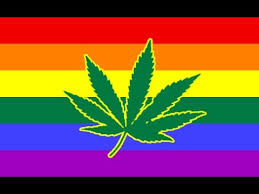 In a now-familiar story of drug war overkill, D.C.-based hemp store Capitol Hemp will shutter the doors of its two locations in response to a government raid of their premises. In addition to clothing and toiletries made from industrial hemp, Capitol Hemp sells artisan glass pipes that could be used to smoke either tobacco or hemp’s notorious and illegal cousin, marijuana. Because the store also sold books advocating marijuana legalization, the pipes were deemed illegal “drug paraphernalia” by federal prosecutors.

Capitol Hemp does not sell marijuana, although marijuana for medicinal use is legal in the District of Columbia. Federal agencies and prosecutors, however, are not bound by state or local law and can continue to harass or indict small businesses that operate on the fringe of American drug policy. In an apparent break from prior internal guidelines, the Obama administration’s Department of Justice has led a crackdown on medical marijuana dispensaries, going as far as giving Californian businesses an ultimatum to shut down or face federal criminal charges.

This naked attack on duly-enacted state policies stands in stark contrast to President Obama’s recent pronouncement that states ought to be able decide their own course when it comes to persecuting gays.

Federalism is the sensible proposition that the federal government should transfer more responsibility to state governments, which are closer to the people and are therefore better able to serve the democratic public. But there is no defensible principle of federalism that would justify, on the one hand, relentlessly suppressing state-led drug tolerance while, on the other hand, endorsing a state-led attack on civil rights. The localized effects of the drug trade make it suited for local enforcement and policymaking, while the national import of civil rights — and America’s history of state-led discrimination of racial minorities — caution against a preference for federalism in the civil rights context.

President Obama’s inconsistent policy of federalism is devoid of logic, but is rife with political opportunism. The Obama administration can claim federal supremacy when it comes to its domineering obstruction of local drug policy, but it can sound the trumpet of federalism to avoid alienating any independents while it placates supporters of gay marriage.

This sort of “pragmatism” may make for a shrewd campaign strategy, but it leads to an incoherent and unpredictable federal policy that provides little guidance to citizens trying to make an honest living in compliance with the law. Established businesses like Capitol Hemp are left guessing whether their operations are legal or if federal officials will decide to prosecute them.

People should not live at the mercy of the President’s whims. Rather than decide federalism on a politically motivated case-by-case basis, President Obama should implement a principled policy that rationally distributes authority between federal and state policymakers.