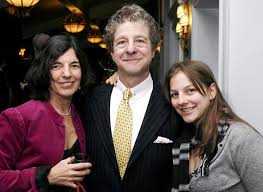 New York lawmakers battling to legalize the medicinal use of cannabis are lauding an op-ed column by a Brooklyn judge who admitted smoking marijuana to cope with the effects of cancer.

Brooklyn Supreme Court Justice Gustin Reichbach (See Profile) has written scores of decisions in his long career on the bench, but the opinion that may have especially broad impact is the op-ed column in which he admitted smoking marijuana to cope with the debilitating effects of cancer.

Lawmakers in both houses of the state Legislature who are engaged in an intense, uphill battle to legalize the medicinal use of cannabis, say that Reichbach’s May 16 revelation in The New York Times of his illegal consumption of the drug gives added credibility to their cause and significantly moves the issue forward.

“It is amazing that he showed the courage to put his personal story out there in light of the fact that he is a judge,” said Senator Diane Savino, D-Staten Island, who is sponsoring the medical marijuana bill, S2774. “He is a respected jurist and to hear somebody talk about the benefits in this way moves people who are sitting on the fence. I think it will have an effect.”

Assemblyman Richard Gottfried, who is sponsoring the bill in the lower chamber, A7347, agreed.

“It is one of the most compelling expressions of the need for medical marijuana legislation that I have ever read,” said Gottfried, a Manhattan Democrat. “It is even stronger because of Justice Reichbach’s stature and the courage it takes for someone in his position to write his story.”

Gottfried and Savino both said they were caught off-guard by Reichbach’s piece and had no idea it was coming. But court officials were alerted before the column was published, according to David Bookstaver, a spokesman for the Office of Court Administration.

“Judge Reichbach felt it was important that no one be surprised by his piece in the Times and made the appropriate people aware it was coming,” Bookstaver said. “The reaction was respectful and compassionate.”

Bookstaver refused further comment, and he declined to say whether the fact that marijuana possession is illegal raised any concerns with Chief Judge Jonathan Lippman and Chief Administrative Judge A. Gail Prudenti.

Possession of marijuana in New York remains illegal, but if the quantity is less than 25 grams, or slightly less than one ounce, it is not a crime but a violation under Penal Law Section 221.05, punishable by fine. Possession in public view of more than 25 grams, but less than two ounces, is a Class B misdemeanor.

Reichbach acknowledged in his column that “given my position as a sitting judge still hearing cases, well-meaning friends question the wisdom of my coming out on this issue.” But he wrote, “This is not a law-and-order issue; it is a medical and a human rights issue.” And he “implored the governor and the Legislature to back the bill that would authorize the use of marijuana for medical purposes.

“Because criminalizing an effective medical technique affects the fair administration of justice, I feel obliged to speak out as both a judge and a cancer patient suffering with a fatal disease,” he observed.

In his article, Reichbach, 65, disclosed that he has Stage 3 pancreatic cancer and is enduring the agony of chemotherapy. When he was diagnosed 3 1/2 years ago, doctors told him he had only four to six months to live.

“My survival has demanded an enormous price, including months of chemotherapy, radiation hell and brutal surgery,” he writes.

He wrote that his illness and the combination of prescribed drugs leave him in a constant state of nausea and pain that makes it nearly impossible to get the nutrition and sleep he needs.

“Inhaled marijuana is the only medicine that gives me some relief from nausea, stimulates my appetite, and makes it easier to fall asleep,” Reichbach wrote. “The oral synthetic substitute, Marinol, prescribed by my doctors, was useless. Rather than watch the agony of my suffering, friends have chosen, at some personal risk, to provide the substance.”

Reichbach wrote that a few puffs of marijuana before dinner “gives me ammunition in the battle to eat,” and a few more at bedtime “permits desperately needed sleep.”

Legislators are attempting to make New York the 17th state to allow medical uses of marijuana.

The Democratic Assembly is viewed as supportive. In fact, that chamber previously passed a medical marijuana bill.

However, the Republican-controlled Senate has never taken up the bill. Its leaders and Governor Andrew Cuomo have yet to be convinced the benefits outweigh the drawbacks.

There remains concern that marijuana is a “gateway” drug that leads to stronger and more addictive drugs.

“My position has been that there are tremendous risks here, also,” Cuomo told reporters last month. “I understand the benefits, but there are also risks and I think the risks outweigh the benefits at this point. I understand there’s more research and there’s more evidence and it can always be re-evaluated. I don’t think there’s going to be time this legislative session to analyze that issue.”

Savino said it is ironic that opponents are concerned about marijuana when many patients—quite probably Reichbach—are being prescribed legal drugs that are far more dangerous and addictive.

“The opponents of medical marijuana always use the terminology that it is a ‘gateway drug,'” Savino said. “Assuming we believe that, it would be the gateway to the drugs that are currently legal, highly addictive and dangerous that doctors can prescribe right now.”

Reichbach, in a brief interview on May 18, said his physicians are aware of his marijuana use. He declined further comment.

Gottfried said it is just a matter of time before medicinal marijuana is legalized—and that day may be a bit closer due to Reichbach. Reichbach’s Times piece is getting considerable attention in Albany and has been reported statewide and even nationwide.

“I think thousands of New Yorkers who are suffering and could benefit from medical use of marijuana owe him enormous thanks,” Gottfried said. “He has been enormously helpful.”

However, Reichbach’s act of civil disobedience raises both legal and ethical issues since his action could be construed as disrespect for the law he is pledged to support.

In the past, the Commission on Judicial Conduct has disciplined judges for various legal transgressions—for instance, a drunken driving conviction often results in public censure—and on at least one occasion has sanctioned a judge for civil disobedience, according to the commission’s annual reports.

The commission in 2005 censured a town justice in Ulster County who publicly announced that he would dismiss any speeding tickets issued on a certain section of highway because he disagreed with the speed limit (see Matter of Vincent Barringer).

Robert Tembeckjian, administrator and counsel to the commission, refused to discuss Reichbach, but said he and his staff regularly scour newspapers for articles that may indicate a judge has violated the Code of Judicial Conduct, and bring those articles to the attention of the panel.

“We routinely bring to the commission’s attention materials or stories that involve judges and judicial conduct that appear in newspapers, even if there is not a complaint,” Tembeckjian said.

The commission is next slated to meet June 14, but Tembeckjian would not say whether Reichbach will be discussed.

Stephen Coffey, a former member of the commission, said Reichbach “has a problem.”

“I understand this is a very human problem,” said Coffey, a partner at O’Connell & Aronowitz in Albany. “On the one hand, he is using marijuana to alleviate what is probably an awful and terribly painful thing. On the other hand, he is bound by the rule of law. Unfortunately, what he is doing is illegal and he shouldn’t be doing it.”

Ethics expert Stephen Gillers of the New York University School of Law said Reichbach’s decision to go public was courageous and does not warrant any sanction.

“He did not need to do it for himself,” Gillers said. “As a judge, he was uniquely positioned to give voice to the suffering of others whose pleas would not get the same attention. The Legislature should now be bold in its response and make medical marijuana available to all cancer victims undergoing chemotherapy.”

Gillers noted that possessing a small amount of marijuana for personal use is no longer a crime.

“I can’t imagine that anyone would be heartless and cruel enough to seek to sanction Reichbach for wishing to mitigate unimaginable pain,” Gillers said.

Another issue raised by Reichbach’s disclosure is how or if he will handle drug cases that come to his court. Reichbach carries a criminal caseload, but generally does not preside over narcotics matters, officials said.

Reichbach declined to discuss whether he will recuse himself from marijuana cases. There was no immediate reaction from Brooklyn District Attorney Charles J. Hynes.

A judge since the early 1990s, Reichbach began his judicial career as a New York City Civil Court judge and was elected to Supreme Court in 1998. He has sometimes been criticized by police and prosecutors for what they regard as leniency to criminals.

In 2009, he joined a letter to the Law Journal by 17 judges calling for reform of the Rockefeller drug laws.

RI wants patients to swing by…