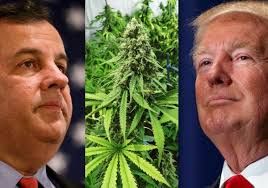 Bill decriminalizing marijuana possession in N.J. is on right track

We have the natty kingpins of the HBO series “Boardwalk Empire” to remind us why Prohibition failed in this state. And someday, surely, we’ll look back on our marijuana

laws with the same sense of absurdity.

Assemblyman Reed Gusciora (D-Mercer) already does. He’s proposed a bill to decriminalize marijuana, up for consideration today. It has 18 co-sponsors and is said to have made it further in the Legislature than any similar measure so far. It would make possession of a little bit of pot the equivalent of a traffic ticket, with a small fine that brings no criminal record.

Fourteen states already have done that. And unless we’d like to continue to replicate the futile booze busts of the 1920s, let’s make New Jersey next.

Gusciora, also a municipal prosecutor in three towns, is pushing this because he’d rather have law enforcement chase people who commit serious crimes. He’s seen how, every year, tens of thousands of marijuana cases crowd our jails, racking up costs for police, judges, lawyers and taxpayers.

Currently, getting caught with a small amount of pot can send you to jail for up to six months, with a $1,000 fine, possible driver’s license suspension and hundreds of dollars in court fees. But the real penalty doesn’t kick in until you get out of jail. You’re tagged with a criminal record that could make you an economic cripple for life.

Particularly if you’re black, statistics show, or can’t afford a lawyer. Enforcement is blatantly unfair. White kids are more likely to smoke pot, but black kids are much more likely to be arrested. Those with a lawyer often demand a trial, knowing the state will probably back down. Those without one get convicted.

Decriminalizing pot in no way means that it’s harmless, of course. It can kill motivation and cause other health problems. But experts say it’s far less dangerous than alcohol, which is more habit-forming, creates greater dependence and causes more violence, fatalities and reckless behavior.

So far, Gov. Chris Christie hasn’t taken a position on this bill, but he made drug treatment for nonviolent offenders one of his top priorities this year. As a former federal prosecutor, he should see this as another way to keep low-level offenders out of prison and save taxpayer dollars.

Treat pot the same way we do alcohol, with education and treatment. Not by calling the cops. What didn’t work for bootleggers won’t stop the stoners.