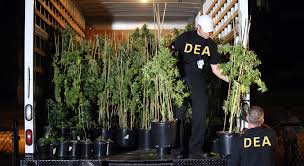 BOSTON, May 10, 2012 /PRNewswire via COMTEX/ — The following is being released by Multidisciplinary Association for Psychedelic Studies (MAPS):

On Friday, May 11, the United States Court of Appeals for the First Circuit in Boston, Mass., will hear oral arguments in a federal lawsuit against the Drug Enforcement Administration for denying University of Massachusetts-Amherst Prof. Lyle Craker a license to grow marijuana for privately funded medical research. The arguments are the culmination of nearly 11 years of legal and administrative proceedings seeking to end the National Institute on Drug Abuse (NIDA) monopoly on the supply of marijuana for research.

The lawsuit is a response to an August 15, 2011, final order issued by the DEA rejecting a DEA Administrative Law Judge’s 2007 recommendation that it would be in the public interest to grant Craker the license. A laboratory at the University of Mississippi funded by the National Institute on Drug Abuse is currently the only facility in the U.S. permitted to grow marijuana for research.

Craker is represented in the case by Washington, D.C., law firm Covington & Burling LLP and the American Civil Liberties Union.

Craker first applied in June 2001 for a DEA license to start a marijuana production facility at the University of Massachusetts-Amherst under contract to the Multidisciplinary Association for Psychedelic Studies (MAPS), a non-profit research and educational organization whose mission includes developing marijuana into an FDA-approved prescription medicine. Prior to Craker’s application, NIDA had refused to sell marijuana to two FDA-approved MAPS-sponsored protocols, preventing them from taking place.

In September 2011, NIDA refused to sell marijuana to a third FDA-approved MAPS-sponsored protocol, this one of 50 U.S. veterans with chronic, treatment-resistant posttraumatic stress disorder (PTSD), preventing it from taking place. MAPS and Craker are working to open the door for privately funded drug development studies conducted under FDA regulations.

Despite increasingly widespread recognition of marijuana’s therapeutic benefits and formal policies in 17 states and the District of Columbia, the federal government still insists that marijuana is a dangerous drug with no medical value. Even if MAPS and Craker’s efforts to open the door for privately funded, federally regulated non-profit medical marijuana research are successful, it will likely take a decade for marijuana to become an FDA-approved prescription medicine. In the meantime, getting PTSD patients access to the treatments they need will depend on the continuing success of state-based medical marijuana policy reform.

The Multidisciplinary Association for Psychedelic Studies (MAPS) is a 501(c)(3) nonprofit research and educational organization that works with government regulatory agencies to develop whole-plant marijuana into an FDA-approved prescription medicine.

More information is available at www.maps.org/research/mmj .