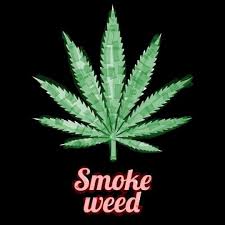 Bring your own weed

With a business license from the city of Ashland in hand, a marijuana restaurant has re-opened this week under a bring-your-own-marijuana model.

However, the city of Ashland concluded the operation was illegal and rejected the restaurant’s business license application, said City Attorney David Lohman.

“The city has an ordinance that says we can’t issue a business license if an activity is not legal,” Lohman said.

The restaurant then submitted a new application stating it would not sell food with cannabis, he said.

Based on that information, the city of Ashland then approved the business license, Lohman said.

Restaurant Co-owner and President Michael Shea picked up the business license on Monday.

After a brief closure on Monday to rearrange the shop and move drug paraphernalia, Earth Dragon reopened this week.

State medical marijuana cardholders may bring their own marijuana to the restaurant and discretely add it to their food, Wallace said.

“They can medicate their own food,” he said.

The restaurant will offer a service of taking patients’ medical marijuana and infusing it into oil, Wallace said.

The restaurant no longer offers an indoor marijuana smoking bar, he said.

Previously, Wallace said the restaurant would allow only medical marijuana cardholders inside.

Now, the restaurant is open to everybody, he said.

“Before, we were turning away 10 customers a day who were non-cardholders,” Wallace said.

Shea added, “People without cards have said they will come in and support us.”

Whether the new model is legal under Oregon law remains an open question.

“It’s a fairly complex issue, actually,” Lohman said. “Police officers around the state are trying to figure out that situation.”

Marijuana use is illegal under federal law.

Cannabis cafes have been opening around the state since 2009. Some have been targeted by law enforcement agencies.