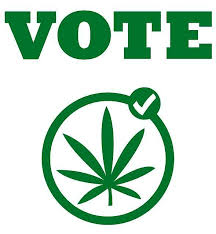 Members of the House Committee on Health, Education and Welfare today are expected to vote on legislation that would allow medical marijuana compassion centers to open Rhode Island.

The General Assembly first approved legislation to create compassion centers in 2009, but Governor Chafee ordered a temporary halt to the licensing process last year when the federal government suggested it might begin targeting the centers or patients using their services.

But as a result of an agreement reached earlier this year between legislative leaders and the governor, Slater and Perry were given the green light to continue to move compassion centers forward. The bill would clear the way to allow three compassion centers to open while protecting them from being shut down or raided by federal agents.

Governor Chafee, who faced criticism from those in the medical marijuana community for deferring to the federal government, has indicated he will sign Slater and Perry’s legislation into law if it is approved by the General Assembly.

“Since the Rhode Island medical marijuana law invited federal action, I have been working with advocates on a remedy,” Chafee said earlier this year. “I applaud Senator Perry and Representative Slater for their work and I look forward to passage of a bill that will avoid federal intervention and bring needed medicinal relief to those who stand to benefit.”

The legislation will allow the Department of Health to regulate limits on the amount of marijuana that a compassion center may grow and possess, since the magnitude of the marijuana and the resulting income it generates for privately run compassion centers appears to be a key element of concern for federal officials. It also allows registered patients or caregivers who grow up to their allotted maximums, but do not need the entire amount for themselves or their patients, to sell the excess to a compassion center, as long as the limits of the grower and the purchasing center are not exceeded. That provision is designed to address concerns about the illegal sale of excess marijuana.

“This is a good compromise that strengthens the safety of compassion centers,” Slater said earlier this year “We just want patients to get some relief, soon. While we believe the existing law is good, this change will make it better by making our centers less of an issue for the federal government. Nobody in Rhode Island would want to see patients get caught up in some federal raid or lose access to their medicine, and if these changes further minimize that issue, they are positive for patients.”

The three centers that were already approved by the Department of Health after a public bidding process to be licensed will be able to operate under the new limits, so it is expected the centers will be able to open quickly upon passage and enactment of the legislation.

“Our main concern is getting compassion centers up and running for the many suffering patients who still have no legal way to obtain their prescription medicine,” said Senator Perry. “It’s been three years now since we approved compassion centers. That’s a long time for patients to wait for relief from pain and illness. We already have three legitimate organizations that have been approved and are ready and willing to serve Rhode Island’s patients and the quicker we move on these amendments, the less time Rhode Island’s sick and dying will spend suffering.”