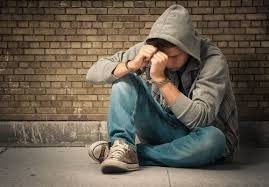 Daniel Chong, the UC San Diego student who was left in a Drug Enforcement Administration holding cell for nearly five days, said the time spent in his cell was a life-altering experience.
The 23-year-old spoke with NBCSanDiego and said he was increasingly worried throughout the days he spent in a 5 ft. by 10 ft. cell, where he could not spread his arms out wide.
“They never came back, ignored all my cries and I still don’t know what happened,” he said. “I’m not sure how they could forget me.”
As NBCSanDiego was first to report Saturday, the DEA confirmed its agents were investigating an incident in which a suspect, arrested Saturday, April 21, was detained at their office for several days and allegedly forgotten about.
Chong said he was at a friend’s house in University City celebrating 4/20, a day many marijuana users set aside to smoke, when agents came inside and raided the residence. Chong was then taken to the DEA office in Kearny Mesa.
He said agents questioned him, and then told him he could go home. One agent even offered him a ride, Chong said. No criminal charges were filed against him.
But Chong did not go home that night. Instead, he was placed in a cell for five days without any human contact and was not given food or drink. In his desperation, he said he was forced to drink his own urine.
“I had to do what I had to do to survive….I hallucinated by the third day,” Chong said. “I was completely insane.”
Chong said he lost roughly 15 pounds during the time he was alone. His lawyer confirmed that Chong ingested a powdery substance found inside the cell. Later testing revealed the substance was methamphetamine.
After days of being ignored, Chong said he tried to take his own life by breaking the glass from his spectacles with his teeth and then attempting to carve “Sorry mom,” on his arm. He said nurses also found pieces of glass in his throat, which led him to believe he ingested the pieces purposefully.
Chong said he could hear DEA employees and people in neighboring cells. He screamed to let them know he was there, but no one replied. He kicked the door, but no one came to get him.
By the time DEA officers found Chong in his cell Wednesday morning Chong was completely incoherent, said Iredale.
“I didn’t think I would come out,” Chong said.
He said when employees discovered him in the cell that they looked confused and nervous. A DEA employee rode with him to the hospital, where they paid for Chong’s visit.
He spent three days in the intensive care unit at Sharp Hospital and his kidneys were close to failing.
Chong and his lawyer spoke to the media on Tuesday afternoon to discuss the claim they will file with the federal court system on Wednesday.
“He was at the wrong place at the wrong time,” said his lawyer Gene Iredale, who compared Chong’s experience to the torture suffered by inmates at in the Abu Ghraib prison in Baghdad, Iraq
The DEA has not apologized to Chong, said Iredale.
The incident also caused Chong to miss his midterms at UCSD. He said he does not know if he will return to school, as his perspective on life has changed since his isolation.
San Diego defense attorney Gretchen Von Helms said the victim could get millions if he files a lawsuit.
“In all my years of practice I’ve never heard of the DEA or any Federal government employee simply forgetting about someone that they have in their care,” she said.
“There has to be repercussions if people do not follow the safety and the care when they have a human being in their custody.”