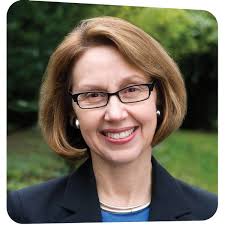 PORTLAND— Of the thousands of laws that Oregon’s attorney general enforces or interprets, the one allowing medical marijuana has lit up the campaign for that office more than any other.

In a Democratic primary where the candidates agree on many things, their differences over marijuana stand out.

It’s anyone’s guess whether the pot vote will be enough to tip the scales. But no Republicans are seeking the job, so Democrats alone will choose the state’s top lawyer the May 15 primary.

Former federal prosecutor Dwight Holton has called Oregon’s marijuana law a “train wreck,” and he was the U.S. Attorney for Oregon when federal agents raided marijuana farms that were legal under state law.

She’s hammered Holton over the issue with the help of a political action committee that wants to legalize the drug.

“Mr. Holton is out of step with his own party on this issue,” said Bob Wolfe, director of Citizens for Sensible Law Enforcement. “He’s trying to climb the career ladder on the backs of medical marijuana patients, and I don’t find that acceptable.”

Wolfe’s committee was fined last week for allegedly violating initiative laws while gathering signatures for a ballot measure to legalize marijuana. He disputes the allegation.

There are 55,000 registered medical marijuana users in Oregon, and countless others who smoke weed illegally.

Holton has established himself as a tough-on-crime supporter of law enforcement, and touts endorsements from most of Oregon’s sheriffs and district attorneys. He’s long complained that Oregon’s lax marijuana regulations make it too easy to get a card and give traffickers cover to grow marijuana that ultimately ends up on the black market.