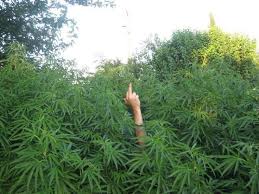 Company wants to grow quality medical marijuana in old mine

WHITE PINE — In this hard-luck town in Michigan’s western Upper Peninsula, rumors persist of a company growing pot deep in the bowels of a former copper mine nearby.

In 2010, the rumors got so bad, the State Police contacted the owners and asked to inspect the White Pine Mine sometime in the next couple of days.

“No, right now,” SubTerra official Mark Pierpont said he told them, not wanting lingering suspicions that he had spent a day hiding a stash of marijuana.

Trooper Timothy Rajala later reported how he “entered the mine in a vehicle which we drove approximately 1 mile underground” before reaching a sealed and brightly lit chamber he could only enter after washing down his feet and putting on clean clothes.

Inside, Rajala “noted several plants that were not narcotic,” he wrote. “There was no evidence of marijuana nor any signs of suspicious activity.”

Still, Rajala’s tip had a grain of truth.

The mine’s owners want to use its underground chambers to create the state’s largest pot farm with a potential market of 131,000 Michiganders (about 1 in every 75 residents) who hold medical marijuana certificates. The company, Prairie Plant Systems (PPS), already has a contract to supply medical marijuana in Canada.

Michigan voters legalized medical marijuana in 2008, but few people think the regulatory system is working. “Chaos” is a word frequently used by editorial writers and other critics.

Officials with PPS and its Michigan subsidiary, SubTerra, which now uses the White Pine Mine for other plant-based pharmaceutical research, granted exclusive access to the mine and the company’s plans to a Free Press reporter and photographer. They say their methods would stress security, safety and science, treating pot as a pharmaceutical, rather than a street drug.

“There’s a need to bring this under the proper reins of appropriate manufacturing for patient safety and for public safety,” said Brent Zettl, president and CEO of PPS, a plant-based biopharmaceutical company based in Saskatoon, Saskatchewan.

But Zettl acknowledges he has major state and federal hurdles to clear before he can convert the mine, which closed in 1996.

The U.S. Drug Enforcement Administration, the Food and Drug Administration, the Legislature and Gov. Rick Snyder would all have to sign off, and in the case of the first two agencies, reverse direction on policy. Federal agencies consider marijuana illegal. DEA agents have not cracked down on small operations to supply licensed patients but almost certainly would view SubTerra as a major bust opportunity.

The FDA supports research to capture marijuana’s benefits in tablet form, but opposes “the use of smoked marijuana for medical purposes,” spokeswoman Shelly Burgess said.

Growing marijuana hundreds of feet underground — the same way the company started its Canadian operations in 2001 — provides security, constant temperature, controlled light and humidity, and protects the plants from bugs and diseases, eliminating the need for harmful pesticides and herbicides, Zettl said. He said any medical marijuana sold in Michigan should be subject to the same regular and rigorous testing as is found in Canada.

To help get around a federal ban on the sale of controlled substances, state law relies on the legal fiction that licensed caregivers provide patients with marijuana for free and get paid for helping patients register.

Canada, with a population of 34 million, has 17,000 patients approved for medical marijuana. Michigan, with less than a third as many people, has nearly eight times more cannabis patients, and a few physicians have been accused of indiscriminately approving patients to use the drug.

An explosion in medical marijuana dispensaries caused control headaches for cities. The shutdown of most dispensaries as a result of a Michigan Court of Appeals ruling in August broke the supply chain.

But Zettl says there is a more fundamental problem in Michigan.

With no testing or standards, nobody knows what Michigan patients are smoking. In Canada, Zettl’s cannabis is tested not just for active ingredients such as THC, but for mold, fungus, pathogens — including bacteria — and metals, such as lead, cadmium, mercury and arsenic.

“We’ve breached the first cardinal rule of pharmaceutical manufacturing,” Zettl said. “It doesn’t have any safety bells or whistles.”

PPS began in 1988 developing disease-free berry trees and other products aimed at farmers. It later moved into medical cannabis and plant-based pharmaceutical research. The company had to leave the leased facility where it grew its medical cannabis in Manitoba in 2008 because the owner wanted to resume mining. It now grows the plants above ground at a location kept secret at the request of the Canadian government.

Zettl, who has a farming background and a bachelor’s degree in agriculture from the University of Saskatchewan, said the company had 2011 sales of $7.6 million, about 75% of which came from medical cannabis contracts with the Canadian government. Its SubTerra subsidiary acquired the White Pine Mine in 2003.

A bill is expected to be introduced in the Legislature before summer to establish testing standards similar to Canada’s that would go into effect if and when medical marijuana is approved for sale in Michigan. SubTerra hired former House Speaker Chuck Perricone, a Republican, as its lobbyist.

“Neither the physician nor the patient have a clue what it is that is being ingested,” and high mold content and pesticide residue is common, Perricone said. “Michigan needs to protect its citizens. Proper testing will do that.”

Tim Beck of Detroit, a leader of the movement to legalize medical marijuana in Michigan, said PPS may offer “the gold standard in an ideal world,” but “until federal law changes, it’s just not viable.”

Also, “to some degree, this testing issue is overblown,” Beck said. “There is a free market, and people tend to know who the good” suppliers are.

Even if the bill is approved, SubTerra would be far from the starting gate.

Experts may differ on the therapeutic use of morphine, but they at least agree it’s a medicine. Not so with marijuana.

“We don’t give people a plant and call it medicine,” said Joel Hay, a professor in the School of Pharmacy at the University of Southern California. “You’ve got a product with thousands and thousands of compounds, some of which are unknown what their effects are,” he said.

“It’s lunacy to call this medicine. It’s like going back 100 years.”

But Dr. Lester Grinspoon, associate professor emeritus of psychiatry at Harvard Medical School, said in a 2006 article that marijuana “will one day be seen as a wonder drug,” as penicillin was in the 1940s. It’s “remarkably nontoxic (and) has a wide range of therapeutic applications,” he said in a column in the Los Angeles Times.

Before the FDA approves new drugs, it requires clinical trials with blind tests in which some patients receive a placebo. Because it’s smoked, finding a marijuana placebo is tougher than using a salt tablet to replace a pill.

Some complain of a Catch-22. The FDA won’t approve the drug’s use without more research, but researchers face legal obstacles and a lack of support because the drug is banned.

Dr. Mark Ware, associate medical director of the McGill University Health Centre Pain Clinic in Montreal, one of a small number of experts who has published extensive cannabis research, said many doctors don’t take medical pot seriously and physicians like him must “deal with the perception that you’re really just looking to get people stoned and high.”

But “there has to be a mechanism for patients with genuine medical needs to have access to cannabis until such time as something better comes along,” Ware said, adding that other treatments should be explored first.

Those include certain marijuana compounds that have been approved in tablet form, but have significantly different properties from smoked cannabis.

The approach used by PPS gives patients comfort because the cannabis has been standardized and “tested and been shown to be free of impurities that may be hazardous to health,” whereas Michigan patients have “no way of knowing what they’re getting,” Ware said.

But cannabis is generally safe. The extra safety standards are positive, but not essential to producing safe cannabis, he said.

PPS is the only authorized mass supplier of medical marijuana in Canada, but serves only about 2,000 of the 17,000 approved patients. Others can grow their own or get their cannabis from small growers.

Particularly in the early years, the company was dogged by complaints from patients who said they didn’t like the taste or the quality.

It was that required blending, which has since been relaxed so that PPS can provide marijuana with 12.5% THC content, combined with the fact that the Canadian government would allow the company to supply only one variety of cannabis, despite a wide range of needs, that led to complaints, Zettl said.

But Adrienne Baker-Hicks, 53, of Warkworth, Ontario, said the PPS product has been “wonderful” for her because the company irradiates it to ensure it is germ-free.

“I have autoimmune deficiencies, quite a few,” said Baker-Hicks, who uses medical cannabis to help with a spinal condition, a blood disorder and tremors. “If I smoke something that isn’t clean, it can make me really sick.”

Since its copper mine closed in 1996, the small town of White Pine in the Upper Peninsula has held on for the day when someone would figure out how to make money — and create jobs — at the vast, 35-square-mile mine 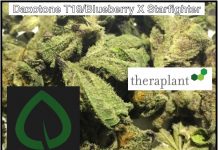 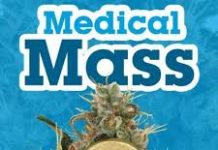 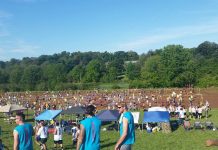