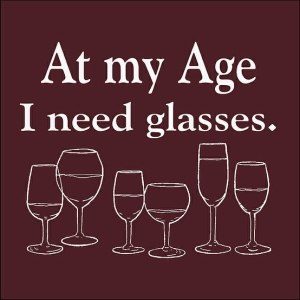 According to The Daily Beast, pot wine is made by placing a pound of marijuana in a cask of wine, leading to about 1.5 grams of marijuana per bottle. The fermentation process converts sugar from grapes into alcohol, and the alcohol extracts the THC from marijuana over a nine-month process.

TIME reports the process dates back to the 1980s when the drug was blended with rose. Now vintners are more likely to infuse marijuana cabernet and syrah.

The effects each of these ingredients has on health independent of one another is a mixed bag. Research has tied moderate red wine consumption to protective heart benefits, including a reduced risk for stroke and heart disease, according to the Mayo Clinic. Of course drinking too much can lead to liver problems, heart disease and even cancer. Marijuana is medicinally used for pain relief and increasing appetite for people suffering from chronic diseases such as cancer and AIDS. Long-term marijuana use has been tied to respiratory problems, memory loss and raised risk for mental illness.

Then what would marijuana wine do to a person’s health?

“This is a dangerous combination, with accentuates the effects of both substances,” Dr. Robert Glatter, an emergency medicine physician at Lenox Hill Hospital in New York City, told HealthPop in an email.

Side effects of consuming the substances together may include nausea, vomiting, dizziness, agitation, and paranoid ideation, Glatter said.

According to Glatter, marijuana, a hallucinogen, and alcohol – a stimulant initially that is a potent depressant – may be dangerous together because the additive marijuana will likely allow people to consume more alcohol than they normally would, potentially leading to breathing difficulties and low blood pressure.

Marijuana is a schedule 1 controlled substance that has high potential for abuse and “no accepted medical value in treatment in the United States,” according to the Drug Enforcement Administration’s 2011 position paper on the drug.

Despite the drug’s illegality on a federal level, 16 states and Washington D.C. currently have medical marijuana laws on the books. California is the only state to allow doctors to recommend medical marijuana for any condition. With a prescription, patients are allowed to possess at least eight ounces of usable marijuana and able to cultivate 6 mature plants or 12 immature plants at a given time. Twelve other states have pending legislation to legalize medical marijuana, Procon.org reported.