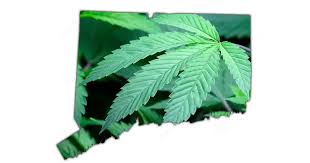 State Sen. Toni Boucher, R-Wilton, a vocal opponent of legalizing medical marijuana, reportedly tried to tack several amendments onto the bill as it was brought to the floor, all of which failed.

The Connecticut state legislature has reportedly taken another step toward passing a law that will allow adults to legally use marijuana for medical purposes.

According to a report CBS News, the General Assembly’s Finance Revenue and Bonding Committee on Friday passed the proposal 36-14. The proposed bill, “An Act Concerning the Palliative Use of Marijuana,” now moves to the House of Representatives for further action.

State Sen. Toni Boucher, R-Wilton, a vocal opponent of legalizing medical marijuana, reportedly tried to tack several amendments onto the bill as it was brought to the floor, all of which failed. Specifically she tried to add a measure that would increase funding to the state’s anti-drug education and addiction programs, stating that these programs will need to be beefed up, as other states which have legalized medical marijuana have seen an uptick in drug related problems.

In a statement last month, Sen. Boucher said it was ironic that in the same year the state is looking to pass education reform it is also considering a bill that sends “a negative message to our families and children — the very ones that education reform is meant to assist in making the most of their potential.”

As currently drafted, the bill would make it legal for doctors to prescribe marijuana to patients with certain specified illnesses, such as cancer or AIDS. Patients requesting the drug would have to register with the state. The bill also outlines a licensing system for medical marijuana producers as well as drug dispensaries.

Connecticut Governor Dannel Malloy reportedly supports the bill and has vowed to sign it into law, providing it passes in the General Assembly. Possession of marijuana will remain illegal under federal law.

Last June the General Assembly passed a bill to decriminalize possession of small amounts of marijuana. Under the new law, people caught with less than a half ounce of marijuana are issued an infraction and are not required to appear in court. The fine for the first offense of minor possession is $150, and increases within the range of $200-$500 for subsequent charges. Those under 18 years of age caught with possession must additionally have their driver’s license revoked for 60 days.