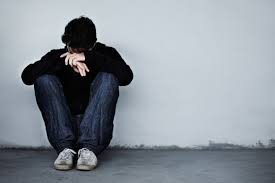 Arizona Could Be First To OK Marijuana For Depression, Anxiety

April 21, 2012 — Arizona would become the first state in the U.S. to approve marijuana use for depression and anxiety if petitions requesting the addition of the conditions are approved later this summer, according to Will Humble, director of the Arizona Department of Health Services.

“The voter approved language in the AZ Medical Marijuana Act directs us to periodically accept and evaluate petitions to add new debilitating medical conditions. We’ve made it through the first phase of considering whether to add four new debilitating conditions,” Humble posted on his official blog Friday. “Post-traumatic stress disorder; generalized anxiety disorder; migraines; and depression.”

Humble posted Friday afternoon that a public hearing would be begin at 1 p.m., May 25, in the State Lab,  250 N. 17th Avenue, Phoenix. The public hearing is the next stage for the four petitions requesting that four conditions be added the list of debilitating conditions that were passed by voters by way of Prop. 203 in Nov. 2010. The resulting Arizona Medical Marijuana Act also created a regular acceptance protocol for petitions to the department of health services, or DHS. The four potential additions were filed with the DHS in January.

According to the Arizona Medical Marijuana Act, the DHS has 180 days to review the petitions and to approve or deny the application. In order to schedule a public hearing, the DHS must determine that the condition can impair one’s daily life and that it has been cited that marijuana is efficacious to the treatment of the condition. Since the DHS restricted petition submittal to Jan. 23 to 27, the deadline for the state to act on them is sometime during the last week of June.

Humble said in his blog that his department will consult the highest levels of the medical community before reaching a final decision.

“If we decide to add PTSD or any other debilitating conditions, we want to make sure we’re on solid medical ground.  I’m heading down to a conference in Tucson next weekend where physicians can get Continuing Medical Education credits for learning about medical cannabis,” Humble posted.

The conference to which Humble was referring is The National Clinical Conference On Cannabis Therapeutics. The conference is in its seventh year and will be held April 26 to 28 at Loews Ventana Canyon Resort in Tucson.

According to the DHS petition information, the department is also working with the University of Arizona, Colleges of Public Health and Medicines to review the petitions.

“The University will be able to provide ADHS valuable support, including further research of each condition or treatment and summary reports with recommendations by accessing its extensive public health and medical expertise,” according to the DHS website.

May will be a busy month for the DHS, as it announced earlier this month that it will begin accepting dispensary applications May 14.