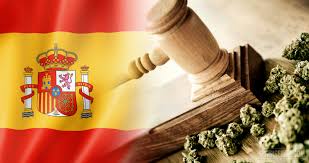 MADRID — An adviser to a Spanish village that had considered growing marijuana to pay off debt may still do so, even though ‘yes’ votes in a referendum prevailed but fell short of the minimum set by the mayor.

The people of Rasquera in the northeast Catalonia region voted 56 percent in favor and 44 percent against in Tuesday’s referendum.

The mayor had set 75 percent as the minimum level of support, and said he would resign if this were not achieved. Now he is apparently backtracking.

Mayor Bernat Pallisa said Wednesday he is delaying any decision. The adviser, Jose Maria Insausti, said meetings of the seven-member town council over the next two days should determine if Rasquera leases land as planned for the growing of pot to pay off its (EURO)1.3 million debt.