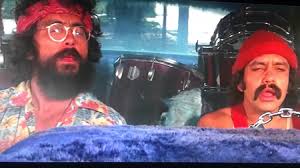 In a recent study, 4AutoinsuranceQuote.org, a national quote provider for online car insurance quotes, cites a strong correlation between traffic-related accidents and marijuana use. The study, which looks at statistics regarding accidents, traffic violations, and insurance prices, seeks to dispel the thought that “driving while stoned” is dangerous.

In the study, 4AutoInsuranceQuote.org points out that the only significant effect that marijuana has on operating a motor vehicle is slower driving. 4AutoInsuranceQuote.org says, while referencing a study by the US National Highway Transportation Safety Administration (NHTSA), that driving slower “is arguably a positive thing” and that driving under the influence of marijuana “might even make you a safer driver.” A similar study by the NHTSA shows that drivers with THC (the active ingredient in marijuana) in their system have accident responsibility rates below that of drug free drivers.

In fact, a recent study shows that use of medical marijuana has caused traffic related fatalities to drop by up to nine percent in states that have legalized its use. This study, titled “Medical Marijuana Laws, Traffic Fatalities, and Alcohol Consumption”, conducted by Mark Anderson and Daniel Rees in November 2011, shows that increased marijuana use amongst adults has decreased alcohol related traffic deaths in said states. This study provides solid evidence that marijuana is not only a safe substitute for alcohol, but it also makes for more safer drivers.

“The hypocrisy of it all is that if you get caught driving under the influence of marijuana, you will be fined and perhaps thrown into jail. What’s worse is that your insurance rates will definitely increase due to the traffic violation,” says Mr. Shaffer, “What law enforcement agencies and insurers do not understand is that driving while high is actually a safe activity. I guess the key to safer driving is to use marijuana, but to do it under-wraps.”

4AutoInsuranceQuote.org is an auto insurance quote provider operating out of Manhattan, NY. In business since 2008, they offer free insurance quotes online to United States users. In addition, 4AutoInsuranceQuote.org releases reports and studies on the automobile and insurance industries. Recent reports released by them include “How Biking Instead Of Driving Can Help You Save On Auto Insurance,” “How Does Your Income Affect Your Insurance Rates?” and “Women Are Bad Drivers – Fact or Fiction?”