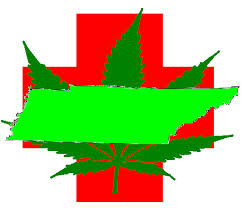 Tennessee’s Safe Access to Medical Cannabis Act (the Act) won a rare, key victory in the Republican-led House Health and Human Services Committee on March 27th. The vote advanced a campaign to legalize medical marijuana in the state of Tennessee that stretches back several years. However, State Rep. Jeanne Richardson (D-Memphis) withdrew the Act this past Wednesday following testimony on behalf of the legislation. The Tennessean reports:Richardson agreed to drop the measure, Senate Bill 251/House Bill 294, after a busy day that began with a review in one Senate committee and ended with testimony from two Tennesseans who said marijuana relieved the symptoms of their illnesses.

In the House, lawmakers heard from Constance Gee, the ex-wife of a former Vanderbilt University chancellor. Gee has begun publicly speaking about her marijuana usage for the first time since it was revealed publicly in a front-page Wall Street Journal article nearly six years ago.

Gee showed lawmakers a quart-sized plastic bag filled with pill bottles, which she said represented a third of the medications she was prescribed to deal with the vertigo, nausea and anxiety she experienced while battling Meniere’s disease, an inner-ear disorder. Those symptoms were alleviated when she began smoking small amounts of marijuana, she said.

Gee was followed by John Donovan, a 27-year-old Chattanooga man with rheumatoid arthritis. Donovan, who has testified at the state legislature before, said marijuana has made it possible for him to deal with severe pain.

Interestingly enough, not one lawmaker spoke against the bill in committee, but opposition is (predictably) based on false fears of a medical marijuana program leading to an increase in drug abuse. According to State Sen. Bo Watson (R-Hixson):

We have a prescription drug use problem in Tennessee now, and that is an extremely heavily and well-regulated system. With us trying to address that ill, I don’t think we need to complicate that matter by adding more prescription-type drugs to the marketplace.

Unaware of the irony, Sen. Watson fails to make the connection between the abuse of synthetic prescription drugs and the prohibition of their organic counterparts, and ignores the inconvenient research and data regarding the relationship of medical marijuana laws on reported marijuana use.

Counter to Watson’s concerns, author of the Act and medical marijuana advocate Bernie Ellis believes the system for distribution (under the Act) will be among the strictest in the nation. According to the Act, Patients are required to obtain a state ID card under the supervision of a physician in order to purchase marijuana from a licensed dispensary or pharmacy. Licenses are also mandatory for growers, and their transactions – from seed to final sale – will be tracked by the state. A former epidemiologist having served two years of probation for supplying four patients with marijuana, Ellis maintains legal channels for distribution are indeed safer:

Today in Tennessee, there are tens of thousands of patients that are accessing cannabis as we speak. But they’re having to buy it from illegal channels. … Neither those patients nor we know anything about the safety and efficacy of what they’re buying.

According to the state legislature’s Fiscal Review Committee estimates, legal medical marijuana sales will generate approximately $2.1 million in annual tax revenue while costing about $1.8 million – a net gain for the taxpayers. Moreover, a recent poll by The Tennessean indicates 86% of respondents (1,036 total votes thus far) support the legal sale of medical marijuana under supervision by licensed physicians in the state of Tennessee.

The only remaining question is, when will politicians in Tennessee wake up to the realities of a failed drug war, the detriments of prohibition and black markets, and strong public support for a relatively harmless plant with an abundance of medical benefits?

A cherry with no stone?