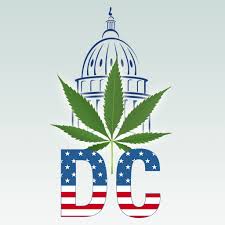 WeGrow, a retailer that bills itself as a one-stop shop for marijuana cultivators, opened its first East Coast location Friday about four miles from The White House.

The grand opening coincided with the city’s selection of six companies eligible to cultivate cannabis in the District of Columbia as part of a program passed in 2010 that permits the sale of medical marijuana to patients who have a prescription from a physician.

Though WeGrow does not sell pot or seeds, the superstore offers equipment and supplies for indoor growing, including lights, fertilizer, drying racks and trimming machines, along with classes on how to grow medicinal weed.

“I find people are really thankful I’m advancing the cause of medical cannabis,” Alex Wong, the store’s owner, told the Daily News. “Anyone from Maine to Florida who needs hydroponic equipment, I’m here to provide it for them.”

Wong, a New York City native who once worked on Wall Street, says his mother’s death from cancer at age 59 inspired him to learn more about marijuana’s medical applications.

“She had to go through the chemo and loss of appetite and all the bad things that happen,” he said.

Though federal law prohibits the cultivation, sale or use of marijuana, 17 states and the District of Columbia have legalized its use to relieve severe pain and nausea that can result from cancer, glaucoma, HIV/AIDS and other conditions.

Seventy percent of Americans favor permitting doctors to prescribe marijuana to relieve pain and suffering, according to a 2010 Gallup poll.

“I am thrilled that the District of Columbia is one step closer to having the medical marijuana program available for those patients most in need,” Dr. Mohammad Akhter, Director of the D.C. Department of Health, said in a statement.

Patients in D.C. can’t puff away just yet. Companies the city has selected to grow pot still must obtain business licenses and other regulatory approvals.

The city is expected to announce dispensary locations in June, The Washington Post reported.