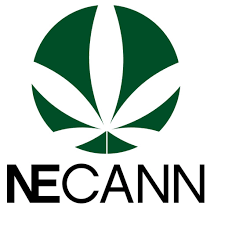 CONCORD — A bill that would legalize the medical use of marijuana narrowly passed the state Senate Wednesday, but not by the veto-proof majority its supporters were hoping for.

“I’m gratified we got this passed,” Sen. James Forsythe, R-Strafford, the bill’s prime sponsor, said shortly after the 13-11 vote to approve Senate Bill 409 and send it to the House. “We will work to get the governor comfortable with it. We’ll also try to get three more senators comfortable with it.”

SB 409 would allow patients with “debilitating medical conditions” or their caretaker to possess up to 6 ounces of marijuana or cultivate up to four plants within a locked and secured facility in a location known to law enforcement. A patient or caretaker would also be allowed to possess up to 2 ounces away from home.

The senators who supported the bill acknowledged they have an uphill climb to get Gov. John Lynch to support the bill. The governor’s spokesman, Collin Manning, said Wednesday night that the governor would not be won over by the newest bill.

Forsythe called it “appalling” that the governor would vow to veto legislation that hadn’t even made it to his desk yet.

Under the bill, access to marijuana would be allowed for patients with diseases such cancer, glaucoma, HIV/AIDS, hepatitis C, ALS, muscular dystrophy, Crohn’s disease, multiple sclerosis and post-traumatic stress disorder, or with symptoms such as severe nausea or vomiting, seizures and severe, persistent muscle spasms.

All five Democrats in the Senate voted in favor of the bill and were joined by eight Republicans, including Sen. Tom DeBlois, R-Manchester, who said during the debate that he still hadn’t made up his mind. When the roll call came to him, he hesitated before casting a “yes” vote.

Sen. Gary Lambert, R-Nashua, said he was won over by testimony from patients and experts about the drug’s positive effects on the sickest patients.

“I hate marijuana,” he said. “I went in with a closed mind. I came out with at least a belief that marijuana could at least be medicinal.”

Sen. John Barnes Jr., R-Raymond, voted against, saying he sympathized with patients in pain but felt that the overwhelming lack of support from law enforcement was too much.

“If I had the opportunity, I would give half a vote to each side of the issue,” he said. “I feel sorry for folks that have a problem. You’re darned right I do.”

If passed and approved by Lynch, a  person would need a doctor to certify that marijuana would help treat the patient’s condition before a registry card would be issued to the patient and the caregiver.

Supporters said allowing cultivation instead of dispensaries reduces the risk of abuse and the risk of federal prosecution. Marijuana remains illegal under federal law.

The sale of marijuana to an unauthorized person would be a Class B felony under the bill, and other criminal penalties for illegal sale of drugs would apply.