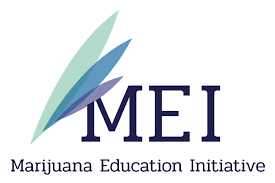 Marijuana initiatives to be filed in 6 state cities

Initiatives to make prosecution for marijuana offenses the lowest law-enforcement priority are being promoted for Bellingham, Everett, Kent, Bremerton, Olympia and Spokane.

A group that promotes legalization of marijuana says it will file initiatives in six Washington cities to make prosecution for pot offenses the lowest law-enforcement priority.

Seattle voters in 2003 passed an initiative making the investigation, arrest and prosecution of marijuana offenses, when the drug was intended for adult personal use, the lowest law-enforcement priority. Tacoma voters did much the same last year.

This fall, state voters will decide the fate of Initiative 502, which would create a system of state-licensed growers, processors and stores, and impose an excise tax at each stage. Those 21 and over could buy up to an ounce of dried marijuana; 1 pound of marijuana-infused product in solid form, such as brownies; or 72 ounces of marijuana-infused liquids.

Washington state already has a voter-approved medical-marijuana law that gives doctors the right to recommend — but not prescribe — marijuana for people suffering from cancer and other conditions that cause “intractable pain.